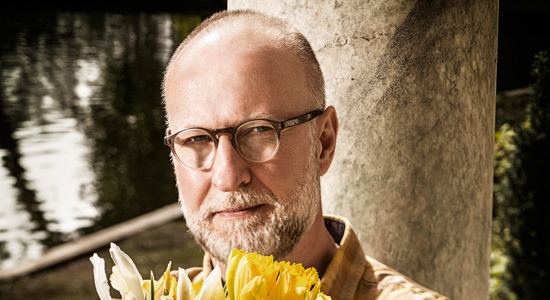 Beauty & Ruin, the new studio album by Bob Mould, will be released June 3 via Merge. In the meantime, Omnivore has commemorated the 25th anniversary of his debut solo album, Workbook, with the release of the deluxe two-CD, two-LP Workbook 25, available now. Mould is currently on a U.S. tour including dates at SXSW and Sasquatch! Music Festival … 429 Records has announced the June 3 release of Echo & The Bunnymen’s 12th record, Meteorites. A supporting European tour kicks off in May … MAGNET house band Guided By Voices continues to be prolific by bringing us its sixth full-length in four years, Cool Planet, on May 13 on Guided By Voices Inc. … On May 6, the third studio album from Lykke Li, I Never Learn, will be released by LL/Atlantic … Eagle Rock is issuing Blu-rays from Joni Mitchell and Lou Reed, Woman Of Heart And Mind + Painting With Words And Music and Classic Albums: Transformer + Live At Montreux, respectively. Both will be out March 25 … Doom Abuse is the sixth album by the Faint, due out via SQE Music on April 8. A supporting U.S. tour will follow … The 20th anniversary of Soundgarden’s Superunknown will be celebrated with a reissue package from A&M Records/UMe, including rare demos and rehearsal recordings, available June 3 … Sharon Van Etten has announced new album Are We There, set for a May 27 release on Jagjaguwar … The third LP from the Pains Of Being Pure At Heart, Days Of Abandon, will be released April 22 via Yebo … Big Brother will reissue the first three albums from Oasis—Definitely Maybe, (What’s the Story) Morning Glory and Be Here Now—remastered and including bonus content, as part of the Chasing The Sun series. The first installment is set for May 20 … May 6 marks the release of Black Hours, the debut solo album from the Walkmen’s Hamilton Leithauser, via Ribbon Music … Sensation: The Story Of Tommy is a film exploring the background, creation and impact of the Who’s Tommy, due out from Eagle Rock on March 11 … Thrill Jockey will issue Trans Am’s 10th album, Volume X, on May 20 … An eight-disc boxed set containing the original Black Sabbath’s catalog, The Complete Studio Albums 1970-1978, will be released April 15 via Warner Bros./Rhino … Jolie Holland’s new album, Wine Dark Sea, is set for a May 20 release via Anti- … The sophomore LP from indie supergroup Sweet Apple, The Golden Age Of Glitter, is due out from Tee Pee on April 8 … Omnivore will release Modern American Music…Period! The Criteria Sessions, on April 19. It contains 11 tracks from the late Jaco Pastorius’s 1974 demo sessions at Criteria Studios … On April 29, the debut album from Survival Knife (comprised of Unwound bandmates Justin Trosper and Brandt Sandeno), Loose Power, will be available from Glacial Pace … A best-of album encompassing John Doe’s solo career, The Best Of John Doe: This Far, will be released by Yep Roc on May 20 … The 75th anniversary of Blue Note Records is being celebrated in a big way this year, including a vinyl reissue series of 100 remastered jazz albums. The series launches March 25 with LPs from Art Blakey, John Coltrane, Eric Dolphy, Wayne Shorter and Larry Young.