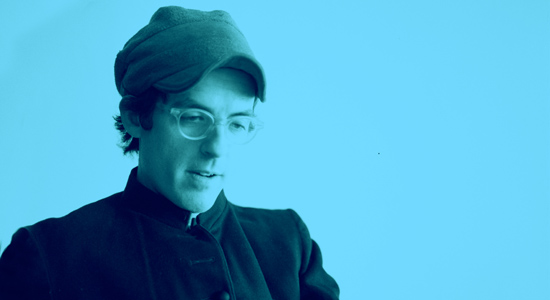 Formally stripped down to a two-piece, Clap Your Hands Say Yeah synthesizes its talents

Clap Your Hands Say Yeah may forever be pigeonholed as one of the first “blog bands.” Its self-titled, self-released debut became popular through word-of-blog acclaim upon arrival in 2005—deservedly so, with jittery, catchy guitar-pop songs such as “The Skin Of My Yellow Country Teeth,” “Is This Love?” and “In This Home On Ice.” The Philly/Brooklyn quintet, led by Alec Ounsworth, navigated the success well, but its second release, 2007’s Dave Fridmann-produced Some Loud Thunder, revealed that CYHSY was as interested in outsider weirdness as it was in indie-pop hooks. The record contains gems like “Underwater (You And Me),” but it suffered a seemingly inevitable backlash from the fickle blogosphere, as did 2011’s Hysterical.

In Hysterical’s aftermath, the band shed members and disappeared until late last summer, when the Little Moments EP arrived. That surprising set of four synth-pop songs set the tone for the vibe that threads through Only Run, the new Clap Your Hands album, which updates one of the EP’s songs as its title track. Ounsworth says that synths have always been a defining characteristic of the band.

“The fact of the matter is that Clap Your Hands was created as a synth-based project; that’s what it is,” says Ounsworth from San Francisco, where he’s in the middle of a solo tour of living rooms. “A lot of people are surprised to know that ‘Home On Ice,’ ‘Over And Over Again,’ ‘Upon This Tidal Wave Of Young Blood,’ ‘Yellow Country Teeth’—these are all synth-driven songs. It’s funny to hear that some people say that, ‘Oh, now you’re venturing into synth territory.’ I’m like, ‘Well, it’s always kind of been.’ To me, I don’t really see a difference, including the last record and Some Loud Thunder. This time, we used synths about evenly, if not a little less than on some of the other records.”

Ounsworth laughs when asked who the “we” is in Clap Your Hands these days. “It’s mostly me,” he says. “I did try to work with other people. Even the guys who used to be in the band had a crack at these songs, but it was just unnecessary; a lot of the parts were just unnecessary. It’s not their fault; it’s just the way it happened.”

On Only Run, Clap Your Hands is essentially Ounsworth and drummer Sean Greenhalgh, with a major assist from Fridmann, who mixed the album.

“It’s kind of always been the vision that I had for this project,” says Ounsworth, who has juggled other things, such as Flashy Python and his solo album, 2009’s Mo Beauty. “The truth is, the only reason it didn’t end up being this way the entire time was because it took off to such a degree and everybody felt fully invested by virtue of that. All of a sudden, we were a band-band, and that was never entirely the intention. On the first record, you notice we didn’t actually list who played what. Not to go into any details, but to me, this one’s not very different at all from how the other ones played out.”

Only Run contains Clap Your Hands’ strongest set of songs since that debut, with a higher concentration of revved-up guitars and catchy crescendos. Ounsworth’s David Byrne-like vocals can be divisive. Some listeners find them grating; others, gratifyingly unfiltered and sometimes unhinged. They’re harnessed, on Only Run, to melodies such as “As Always” or “Impossible Request” that hit an indie-pop sweet spot.

Ounsworth is happy downsizing Clap Your Hands. Although he will draft a rotating cast of players to tour, he’s also loving doing solo shows for small audiences outside of traditional venues.

“There came a point with Clap Your Hands where we were going out playing bigger shows, but I was feeling absolutely nothing,” he says. “Everyone around me was telling me everything was going so well, but I felt absolutely no connection. I don’t know if was entirely self-sabotage or something like that, but I felt that I needed to bring it down to a certain level that made sense to me. As much as a lot of people around me feel that it was self-sabotage, I feel more comfortable than I’ve felt in eight or nine years doing this. It’s kind of great. I feel enormously positive for the first time in a long time.”