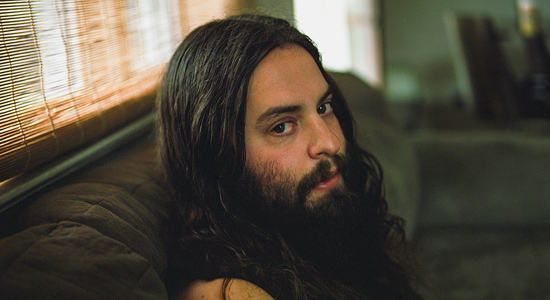 “Christmas Day, we were only 20 minutes from my parents’ house and hit black ice, slid across the highway and got hit by two semi trucks going 70 miles an hour,” says Tim Showalter, explaining how HEAL (Dead Oceans) almost became a posthumous release. “My wife saw me getting carried out by paramedics, completely limp, with blood everywhere. She thought I was dead.”

Showalter’s hellishly abrupt near-demise late last year was hardly the sole inspiration for Strand Of Oaks’ disarming new release. There was plenty of real-life drama before the accident to form the angst-ridden basis for what is easily Showalter’s most cathartic musical statement to date. Really, it was the culmination of a series of mini-mental breakdowns that began quite out of the blue, when Showalter was touring overseas for 2012’s Dark Shores, an album he wasn’t particularly proud of. On the road nonstop for two years, he was witnessing his marriage unravel from afar, and pretty much hating what he saw in the mirror.

“I was going through the heaviest mania of my life,” says the Indiana native, who lives with his medical-editor wife in the Mount Airy section of Philadelphia.

Emotionally spent and creatively unbound, he churned out 30 songs in three weeks. Ten of those made HEAL, an LP as off-putting as it is invigorating, and one that abandons the folky trappings of previous Strand Of Oaks releases—perhaps for good.

“I’ve made albums in the past that are pretty pleasant and palatable for the listener to vibe out to,” says Showalter. “I didn’t want them to get lost in this record.”

To that end, Showalter hired the Grammy-nominated John Congleton (St. Vincent, War On Drugs) to mix the record, imposing a brash heaviness that suits the manic subject matter. J Mascis adds his own weighty touch to the leadoff “Goshen ’97,” which unfolds with the burly majesty of a great, lost Dinosaur Jr track.

“There’s really no place to take a breath on this album,” says Showalter. “It’s ugly in spots.”