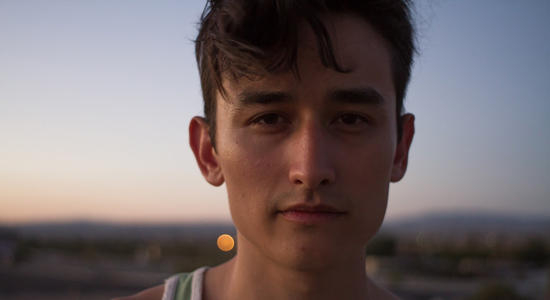 Neil Holyoak is a folksy country artist who’s from Los Angeles, but based in Montreal. His debut album, All These Mountains Look The Same, was released back in 2003, and he’s issued three fantastic LP since. He’s set to release his fifth album, entitled Rags Across The Sun, next month. Oh, and he also just made MAGNET a mix tape. Check it out below.

The Smiths “This Night Has Opened My Eyes”
Before I heard this, I’d never thought that it was even an option to sing about real life, unwanted pregnancies, abandoned babies, the nature of adulthood and responsibility. Video

Boubacar Traoré “Mariama”
My friend Katherine showed me this song a few years ago, and it sparked my interest in modern African blues. This live version carries an incredible intensity. Video

Emahoy Tsegué-Maryam Guèbrou “Homesickness”
This tune captures the feeling of wandering endlessly, longing for a place in the world. The melody spins in impossible circles, never landing and never really taking off. Years ago, my brother and good friend were living in an art gallery in Montreal, and we listened to this album a lot. Video

Majical Cloudz “This Is Magic”
I saw Majical Cloudz in concert in Montreal a couple years ago. I was really impressed with Devon Welsh’s vocal delivery and the minimal electronics. My sister left this song on a mix tape in my car, and I love it. Video

Nas “N.Y. State Of Mind”
Classic ’90s rap. Nasir Jones is a true poet. At 20 years old, he was rapping, “I never sleep, ’cause sleep is the cousin of death.” It’s an extremely powerful song, and apparently he wrote the whole verse on the spot in the studio. Video

The Weakerthans “Everything Must Go!”
I first heard The Weakerthans on cassette while traveling through Europe. The batteries on the tape player were dying, making John K. Samson’s voice deep and resonant. When I heard them on CD, I was surprised by his high tenor. This song has been my friend when I’ve felt alone in a big city. Video

The Pupils “It’s Good To Have Met You”
My friend Dave Bryant gave me a copy of this recording ages ago while I was recording at The Pines. Daniel Higgs sings of life as an endless circle. “I could never forget you, before I even met you/It’s good to know I’ll know you ’til the end.” This is a very special song to me, and I can’t listen to it often. I need to hear it when I lose someone close to me, either to death or distance. Video

Judee Sill “There’s a Rugged Road”
This is a beautiful and sad song. You can hear a note of pain in Judee’s voice, but she sounds as though she’s reached a state of acceptance. She sounds almost happy to be staring into oblivion with clear, brave, open eyes. Video

Elliott Smith “Waltz #2”
I used to listen to this when I was 16, driving around L.A. late at night. I didn’t have anywhere to go; I’d just put Elliott on the stereo and drive until there were no more streetlights to follow. Video