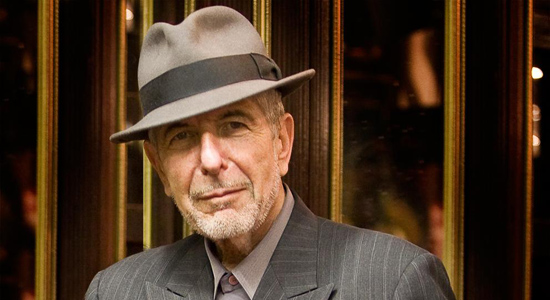 The 13th studio album from Leonard Cohen, Popular Problems, will be released September 23—two days after his 80th birthday—via Columbia … The Best Day is Thurston Moore’s first solo album in four years, due out from Matador on October 21 … Speaking of Moore, he’s teamed up with John Moloney to form Caught On Tape, and Northern Spy will issue new record Full Bleed, also on October 21 … The Buzzcocks have announced a U.K. tour coinciding with the release of The Way, which will be out November via 1-2-3-4 … Ernest Jenning will release the new Dinosaur Feathers album, Control, on October 7 … On November 4, Deerhoof’s latest album, La Isla Bonita, will be available from Polyvinyl … Allergic To Water, the new LP from Ani DiFranco, is set for an October 14 release via her Righteous Babe label … The latest album from Aphex Twin, Syro, will be released by Warp on September 23 … The Twilight Sad’s fourth LP, Nobody Wants To Be Here And Nobody Wants To Leave, is due out October 28 via FatCat … Two classic out-of-print Jimi Hendrix records, The Cry Of Love and Rainbow Bridge, will be reissued September 16 via Experience Hendrix, LLC in conjunction with Legacy … The Inside label will issue the 14th Jackson Browne album, Standing In The Breach, on October 7 … The 50th anniversary of the Hollies’ 1964 debut album will be celebrated with a three-disc, 50-track collection spanning the band’s career. 50 At Fifty is set for an October 21 release from Parlophone, and will be accompanied by a fall European tour … Lost On The River: The New Basement Tapes is a collaborative project by Elvis Costello, Rhiannon Giddens, Taylor Goldsmith, Jim James, Marcus Mumford and T Bone Burnett, founded on newly discovered Bob Dylan lyrics. It’s out November 11 … October 21 marks the release of the sophomore album from Dope Body, Lifer, via Drag City.