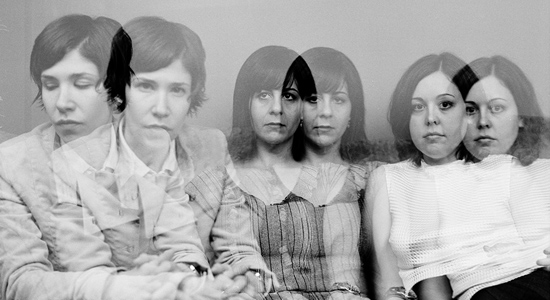 Start Together is a limited-edition deluxe vinyl boxed set containing Sleater-Kinney’s seven studio albums, remastered and including a 44-page book featuring never-before-seen photos of the band. It’s due out from Sub Pop on October 21 … In celebration of its 20th anniversary, Wilco will play several dates this fall, including a stop on The Tonight Show Starring Jimmy Fallon. The band also plans to release a rarities collection and a best-of compilation later this year … Rhino Records will issue a four-disc set featuring three Captain Beefheart albums: Lick My Decals Off, Baby, The Spotlight Kid and Clear Spot—as well as a disc of previously unreleased outtakes. Sun Zoom Spark: 1970 to 1972 is out November 11 … George Harrison’s first six solo albums have been digitally remastered and will be available individually as well as a boxed set, The Apple Years 1968-75, on September 23 via Capitol/UMe … On October 28, the debut album from Sylvie Simmons, Sylvie, will be released by Light In The Attic … The Trick Is To Breathe, the first solo album from Sid Griffin in 10 years, is set for a September 16 release on Prima … Secretly Canadian has announced the November 11 expanded reissue of Jason Molina’s Didn’t It Rain, which features a disc of never-before-released demos … The first-ever compilation album of Madeleine Peyroux’s career, Keep Me In Your Heart For A While: The Best Of Madeleine Peyroux, will be out via Rounder on October 14 … Killer Mike, Cibo Matto, Egyptian Lover, Hardy Morris and more will perform at the 2014 Athens Intensified, which will take place September 11, 12, 13 and 20 in Athens, Ga.