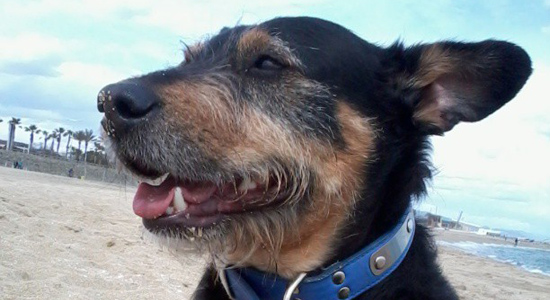 Tracy: I live in Barcelona, which makes being in a band that is based in England not quite as difficult as you might imagine, what with social media and cheap flights, etc. A typical day for me, when not doing band stuff, starts off with a spot of yoga and then I’ll walk my dog Dexter to my favourite coffee bar, Coma En Kasa (which means “like at home”) for a quick decaf soya and maybe some carrot cake. After taking Dexter back, I will cycle to wherever I’m giving a private English class. I am also working for a small language academy. Back home after dinner, I take Dexter for a long walk, sometimes to the beach or to the port. Then in the evening if I’m not out, I catch up with the the barrage of mostly Primitives-related emails Paul has sent or read or watch a movie—TV isn’t up to much in Spain. I have a stall at a flea market once a month, selling vintage clothing, jewelry, etc. I have to be up early to set up, but it’s great fun and bargaining and haggling with the customers helps me a lot with my Spanish. Everyone wants a bargain, no matter what language they speak.