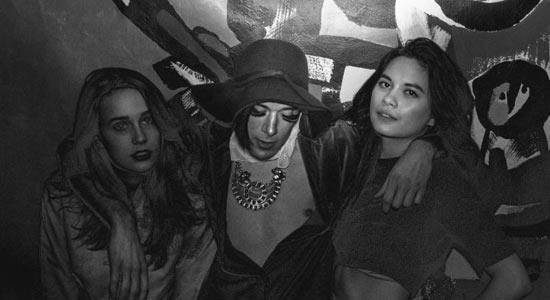 The 13th full-length from of Montreal, Aureate Gloom, will be available from Polyvinyl on March 3 … eOne Nashville will issue Allison Moorer’s new record Down To Believing, on March 17. She will kick off a tour with Mary Gauthier following the release … The Complete Stax/Volt Soul Singles, Vol. 2: 1968-1971 and The Complete Stax/Volt Soul Singles, Vol. 3: 1972-1975 will be reissued December 16 and spring 2015, respectively, by Concord/Stax. They are compilation boxed sets featuring Stax R&B artists such as Isaac Hayes, the Staple Singers, Rufus Thomas, Johnnie Taylor and more … Howlin’ Rain’s new album, Mansion Songs, is set for a January 27 release via Easy Sound … On February 17, Shanachie will issue a three-disc boxed set, Dead Prophecy: The Strange And Wonderful Story Of Yabby You, which chronicles the career of reggae artist Yabby You … The Shrimper label will celebrate its 25th birthday in 2015 by releasing a new album from the label’s first band, Refrigerator. Temple City is due out February 17 … The sixth LP by Vetiver, Complete Strangers, will be released March 24 by Easy Sound … An expanded three-disc version of Judas Priest’s Defenders Of The Faith, including a complete live recording from the band’s 1984 tour, will be available from Columbia/Legacy on March 10 … Two compilation albums from Sam Cooke’s SAR Records, featuring the complete recordings of the Soul Stirrers and the Valentinos, will be released January 27 via ABKCO … On March 3, Vincent D’Onofrio & Dana Lyn will issue a punk spoken-word album, Slim Bone Head Volt, on Buddhabug … Elmer Bernstein: The Wild Side celebrates the career of composer Elmer Bernstein, available now from Varèse Sarabande.