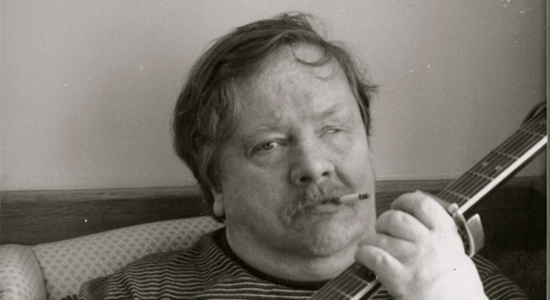 White: Jackson C. Frank‘s story and music have impacted me for some time now. I’m not a huge folk fan, but I find myself coming back to “Blues Run The Game” in the winter months year after year. Although the music stands on its own, the biography of Frank is nuts. He started playing guitar to pass time after he was badly injured in a school fire. After a brief success, he ended up penniless and even homeless on the streets of New York. Worth a listen.

The first couple verses of “Mystery”:
“Lacy golden promises
you made while I was young
Later briars and brambles
set me on the run
Just the sound in the dust
Dry boots led me on
to the place where unknown serpents
curled and fled the dawn”