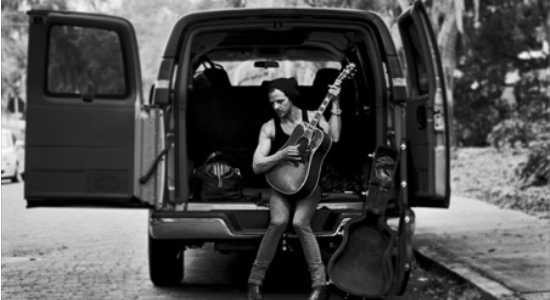 Schneider: I met Charlie Mars about 10 years ago when we did a tour together. We hardly spoke the entire tour, and then the day before it ended up, we had a chat and realized that we were both made from the same super-fucked-up bolt of cloth and have been good friends ever since. As a songwriter, Charlie continues to evolve, and his new record is a wonderful compliment to his last two incredible releases. I recently asked him a few questions for this post.

Where’d you come up with the idea for The Money?
Charlie Mars: The album title comes from the song “The Money,” which is about my search for some kind of happiness or serenity or whatever, and how that search has led me down some very wrong turns. As to the where … I came up with the idea in Jamaica after visiting a pot farm.

How often do you write songs? Do you have a daily routine?
I have a morning routine, which consists of coffee. I talk a walk outside. I play guitar and sing most every day. Sometimes I’m inspired to write. Sometimes I just dick around and play old stuff.

What do you think of the current state of the music business?
I think it’s hard, and if you write good songs, it’s less hard. If you write an incredible song, it’s even less hard than that. I don’t know much about the rest … or at least I can’t make rhyme or reason of it.

What’s the most embarrassing thing that’s ever happened when you were performing?
An old man paid me to stop playing at a wedding once. That was embarrassing. He was right though. We weren’t really wedding music.

Do you have any New Years resolutions?
I probably should. Read all the books that I buy. They get stacked up. Stop blaming other people for my stuff. I just made that one.

Did you get anything good for Christmas?
My aunt (who can be a little out there) gave a cookbook to the entire family that had things like how to boil a hot-dog wiener. I liked that.