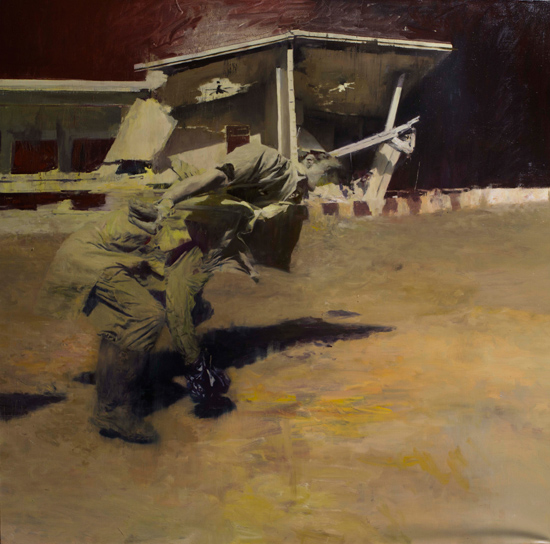 Schneider: I came across Philip Hale‘s paintings about 10 years ago when I was browsing through a fantasy art catalogue. I was blown away, not only by his incredible technique, which is as good as any painter alive today, but his explosive subject matter. All of his paintings are snapshots of something going horribly awry, but what exactly that might be is anyone’s guess. As his work has evolved, he has grown into a force to be reckoned with in the fine-arts world, where he regularly shows at some of the most prestigious galleries in the world. I recently asked him a few questions for MAGNET.

What is your main inspiration for your upcoming exhibit?
Philip Hale: The inspiration is going to sound technical or tedious I’m afraid. The content comes from slowly building up a store of images—almost all documentary images from the internet, old photos, etc. I take what I like and stick them on the studio wall without really thinking about it beyond the initial impulse (which is just unexamined interest). But when they are all together, it is easy to see what I am interested in, and it side-steps any sort of self-censoring. If I were to choose my content it would be deformed by all sorts of interfering consciousness and self-awareness. This block of images is a very pure map of my interest and if I followed it through mechanically it would provide a very rarified product. But that’s almost impossible to do (follow it through faithfully).

And then I am working on finding a way to develop how I make paintings. What to avoid. There is a constant run of counter-intuitive information such as why pieces get worse or more boring as they are refined. Why is conscious effort so painful to see in the painting? Why do I pursue ways of painting that have never really paid off? How can I step outside of my own boring and familiar decisions? It feels like I am trying to align irreconcilable elements; that at best there will be a temporary equilibrium or stay of execution. Those terms aren’t so awful.

Sorry to talk in such fruity terms—but there you go. I’m a bit resistant to examine what content might be because the pieces are not making a point or directing anything in any meaningful way. They are closer to a body of instinctively bodged material that I have then had to improvise into something sympathetic. If I stopped to think about it, I would get bogged down in all sorts of fraud and manipulation. Half the time I’m just trying to protect the work from my own fake sentimental reflexes. I’m not a big fan of professionalism or methodically achieving something worthwhile. Much better to work with something weak and unsuitable and have to extemporize.

How often do you paint? Do you have a daily routine?
Right now, every day while I prepare for the show. But I tend to do it in an intensive four- , five- , six-month run and then collapse. I’m not sure I recommend that; in fact, it seems insane. But to paint properly seems to take a serious effort—to get up to speed—and then you don’t want to stop. The stopping, starting, on, off, etc., is fatal. I love a regular working routine, but I’m also desperate to stop.

How has the global economic situation effected the art market?
I can’t really say anything about the global market. When the recession hit, I was doing a lot of formal portraiture here in London. I don’t think it was so powerfully affected because it is more of a high craft than art (unfortunately). And London is nearly unique in its market for portraiture. It is still part of the infrastructure here, unbelievably.

I know most artists listen to music when they work. Is that the case with you? Who are you listening to now when you paint?
I’m listening to Mogwai; I have been for six months. Listening to a CD obsessively is the single greatest pleasure in my professional life. The Mogwai is so fantastic. I used Mogwai as a working title for the show. It was very useful, a tone note to keep me honest. Can you please name-check Mogwai? When am I making their vid? When I open the door of the studio, I go straight to the CD player. When the first song begins I drop right into where I left off the day before.

A story for you: I did a lot of painting to one of your live Frunk CDs last year. There cannot be anyone who has ever listened to that CD more; every day for eight hours on repeat for two or three months. I knew every cough, chair squeak, clothing rustle, pause, everything, every molecule of every instant. All those random textural ambient colloidal atmospheres were just as musical as what you were doing (sorry). I anticipated them with real pleasure and then they arrived. It was thrilling; no exaggeration.

When did you decide that you wanted to be an artist? If you could be something else, what would you do?
I came from a family where it was standard to do art, so I was always going to be doing it. If I didn’t make art (which is to say that not only do I do it but people pay me top do it), then I would do music in some form. How bland and unhelpful is that?

Do you have any New Years resolutions?
I should make one now, really. To pay attention and not slip into an auto-pilot zone. Is that too general? Not enough paying attention. Pay more attention.

Did you get anything good for Christmas?
I got a fantastic bottle of port from the cellars of Cambridge University.

Artwork by Philip Hale after the jump. 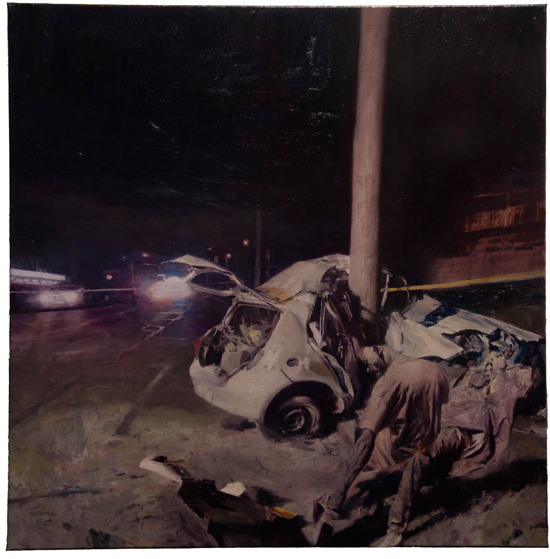 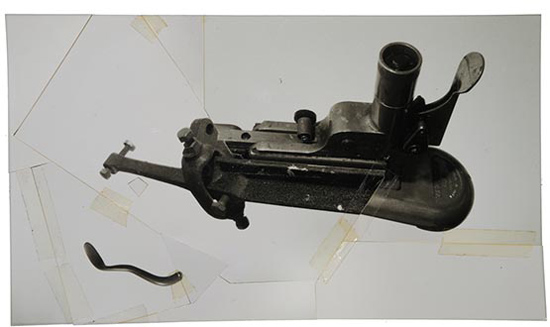 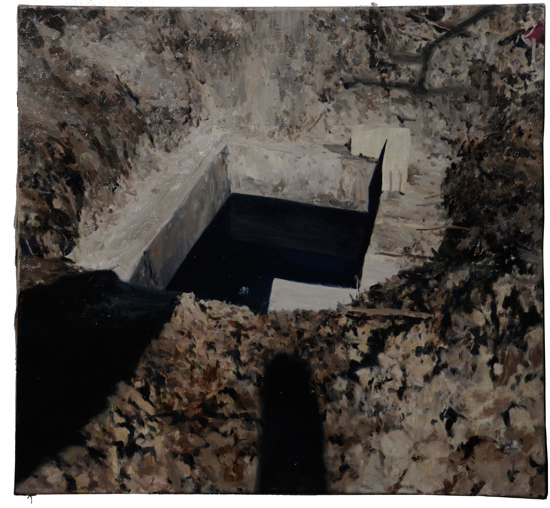 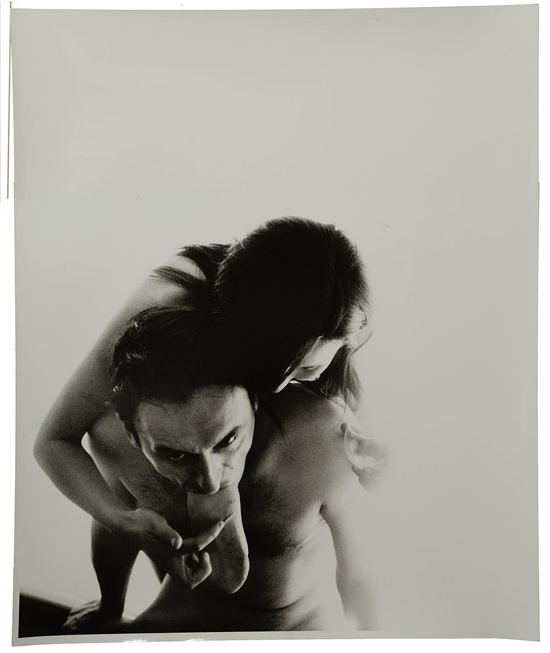 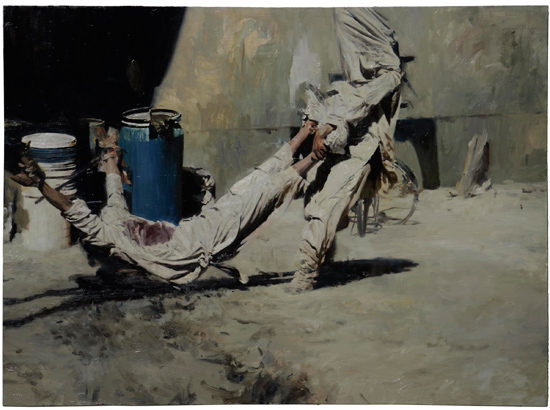 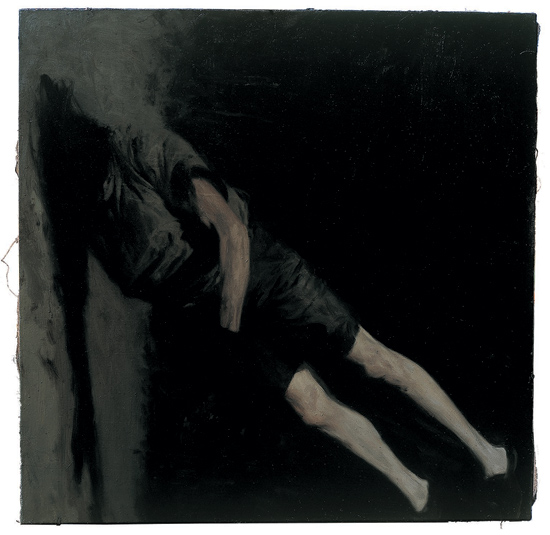 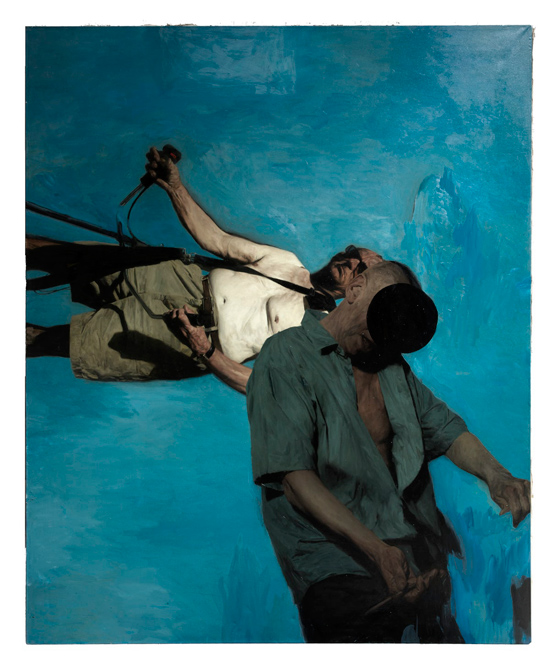