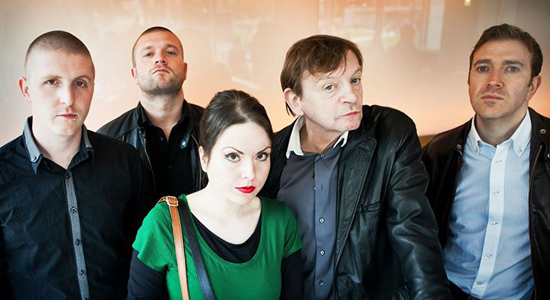 The 31st studio album from the Fall, Sub-Lingual Tablet, is due out from Cherry Red on June 9 … June 9 marks the 100th birthday of Les Paul, and UMe will honor the occasion with the release of Les Paul Icon, an 11-track selection of his hits from his Capitol and Decca years, featuring vocals by then-wife Mary Ford … Mobile Orchestra, the new Owl City record, will be available from Republic on July 10 … Albert Hammond Jr.’s third solo effort, Momentary Masters, is set for a July 31 release via Vagrant/BMG. He’ll hit the road this fall for a North American tour … The Dentists’ Bob Collins has a new project, Bob Collins & The Full Nelson, which will issue Telescopic Victory Kiss on Jigsaw on June 16 … Dualtone will issue the sophomore release from Noah Gundersen, Carry The Ghost, on August 21 … On June 9, the new double album from Martin Newell, Teatime Assortment, will be available from Captured Tracks … Tim Harrington of Les Favy Fav has ventured into the world of children’s books with Nose To Toes, You Are Yummy, due out May 19 on HarperCollins. An accompanying song, “Every Little Bit of You is Yummy,” is available for download now.