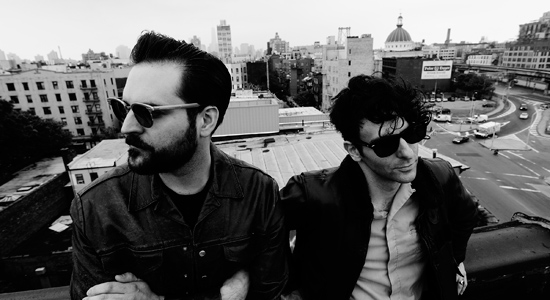 Even when a mere year separated the release of Low Cut Connie’s second album from its first, the energetic combo made significant strides in honing its songwriting. While the band could’ve easily churned out another batch of sweaty dance-floor fillers for LP3, the band (with roots in Philly, Delaware and Birmingham, England) hunkered down to make a career-defining effort. Hi Honey bears plenty of the group’s trademarks, from Adam Weiner’s barrelhouse piano to Daniel Finnemore’s punk-via-Merseybeat melodies.

But what sets this album apart are the little extras. The Daptone horns add heft to “Shake It Little Tina,” while Greg “Oblivian” Cartwright provides chunky guitar on the propulsive “Dumb Boy.” Other guests include tUnE-yArDs’ Merril Garbus, who supplies an urgent, rhythmic vocal from on the spooky and stellar “Little Queen Of New Orleans.” Low Cut Connie teases these flourishes throughout Hi Honey, making for an album that’s both retro-minded and forward-thinking.