You probably know Brett Netson from his work with Built To Spill and Caustic Resin. Now he’s back with the excellent Scavenger Cult EP, credited to Brett Netson & Snakes. Netson will be guest editing magnetmagazine.com all week. 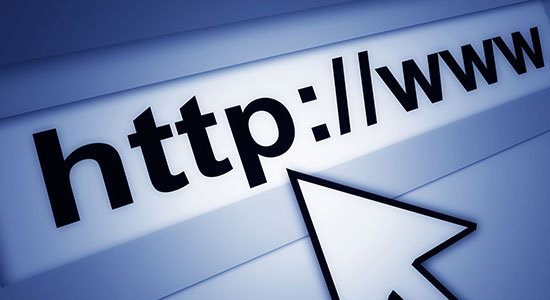 Netson: I’d like to get started by getting one thing straight, the Internet is sheer madness!!! Hahaha … LOL. 🙂

It seems to be in a state of mind­wrecking warfare. On the one hand, it’s a good policy to only say things that you would also say in person, minding your manners, because in real life, words do have meanings. But how can you not get sucked in by the unbelievable mayhem that spews out of our wretched minds, say, in a comments section. I find it impossible not to participate in such an unprecedented shit show of narcissistic, mass psychosis (social networks). Oh sure, the more and more I try to be polite and appropriate, it just seems to give more relevance to the non­reality of it all.

Nearly all human beings have now given reverence to a thing that doesn’t exist in the physical world. Jaron Lanier, an early pioneer (and still true believer) of the Internet, has stated that, “As it turns out, making the Internet free, was a huge mistake.” Free for us, also means free for the absolutely cynical beast that calls itself “Brand Management.” And for its patrons, the investor class, who plays the game of the “Multi­national Corporation.” Holy shit, those miserable pricks rolled up on this thing and said, “I’ll take it, let’s monetize this, and let’s maximize our web presence!”

All we precious “artists” have given up the goods way too easily. Oops, we just provided “content” for Google and Facebook for the last several years. For free! See http://thetrichordist.com.

Yeah man, I do love to watch clips of Aleister Crowley, live Psychic TV, Pink Floyd and Black Sabbath concerts, but in other times, wouldn’t this kind of thing be done through the library or something?

And how the hell did those content sites get in on this giving our shit away for free? Those free music download sites make tall cash on ad revenue. The recording artists … not so much. Like David Lowery once said: “This is the first generation to unstick it to the man and turn around and stick it to those weirdo musicians!”

Where in the hell are we headed with this? My tendency is to see a conspiracy at play. We got all the good old-fashioned troublemakers of the world: artists, musicians and independent DIY merchants, chained to their computers all damn day. WTF? That seems somewhat troubling.

Every motherfucker wonders what they said wrong on the Internet at some point or another. I say a lot of ridiculous shit in general, but I’ve never really felt embarrassed by much until this hyper-­reality became commonplace. But like I said earlier, I love a good shit show and I want every rock video ever made for free, and right now!

I can count on one hand the things on the web that have truly helped my life. Craigslist, Wikipedia, Bandcamp, WikiLeaks and DIY message boards. I truly love Craigslist. A brief look through on the computer and I’m out of the door meeting some weirdo who’s selling guitars, car parts or some other thing that would otherwise be made by slave labor or what have you. And personal ads are just a great service to have.

Anyway, here’s some words from a friend who has made his living on the computer box for the last 15 years. Enjoy:

In 1999 I started working online, excited that there was a new medium where I could publish information without gatekeepers. I believed the medium could lead to real democracy and social progress and, best off all for me, I had a place to make a living without a schedule or a boss. But what started as an exciting venture proceeded to get darker and darker.

I won’t give you the full story of how I got from A to B (one stop on my journey involved writing copy for get-rich-quick scams), but here is where I am now.

I’m content creator for a small mom-and-pop humor website with a staff of two that somehow, to my continued surprise, manages to bring in millions of readers each month and provide us both with full-time middle-class jobs. But I’m a slave to this website. Google and the social networks demand a constant stream of content. If I don’t write viral content that engages people, I don’t pay my bills.

I create content for social networks and, if I do a good enough job of keeping people engaged on Facebook or Twitter (they’re spending time reading, discussing and sharing my content giving them more opportunity to click Facebook ads), the social networks give me traffic in return. I have to run scammy ads from places like Taboola.com because, even though they make me sick, they work. People no longer want intellectual or truthful content. They want to know about “20 Female Celebrities With Ugly Husbands.”

The Internet is dumbing down our culture faster than TV ever did. But that’s another subject.

So let me write about how the Internet has changed me:

Social awkwardness in the analog world
Online you can control what you say, how you present yourself; you have the ability to edit or delete what you have said. You can put up the best photos of yourself, let everybody know the smart books and movies you like without admitting to the shit you may also love. You’re curating your identity and doing away with nuance and complexity.

Offline it’s much harder to do that. It’s hard to control a social situation. Too many moving parts. You might slip up and say you love Doogie Howser reruns and have to deal with explaining why, risking embarrassment by looking stupid. I lost the social skills to deal with the uncertain. I can’t control how I’m perceived, which makes me act awkwardly, which probably, at least I think, creates misperceptions about how I might really be. It’s all so confusing.

I remember a time when I had no problem socializing. It was fun … easy. Now it’s only fun on rare, rare occasion. And those tend to be, for me, controlled social situations. Like a gathering based around a very specific activity where there are few surprises like somebody getting angry or crying. Just hanging out and doing whatever happens is frightening because I have no real control of what may happen. I’m not equipped to deal with the unexpected.

This line is a bit out of place, but I thought about this the other day.  I no longer share experiences with people, I share content.

Streaming movie addiction
This might not seem like a big deal, but it is. I remember when going to see a movie or renting a movie was a special occasion you looked forward to. Now, thanks to Amazon, Netflix and YouTube, I watch movies while I work, watch them at night to unwind from a busy day of content creation. I no longer make the trip to the video store (there are a few left), which had its charms like simply asking a clerk for a movie recommendation. Having to spend maybe 30 minutes browsing and possibly not being able to find what I want, which now, in retrospect, was nice.

Now I have it all.

I don’t even care if a movie is really good anymore. I don’t really analyze them. I kind of watch whatever. And I can’t really remember what I watched. If you asked me tell you a movie I watched one week ago, I couldn’t.

Having movies so readily available makes going out to a rock concert, play, what have you, less attractive.

Getting tickets? Driving? A bunch of people? Fuck that.

Loss of appearance and health
When you work in your brain all day, your physical body can suffer. I gained weight. Stopped washing my hair. Obliviously wore stained and torn clothes I had worn in high school. I simply didn’t give a shit how I looked or how I ate. Burger, Chinese food… just get it quick, wolf it and get back to work.

I just wanted to be a brain without a body so my online world wouldn’t be interrupted. Of course, spending this much time in your mind and eating like shit creates madness … agoraphobia … voices … anxiety … mood swings … rage. This loss of touch with my physical body, the physical world and genuine, complex social interaction, led to a bad nervous breakdown that took me two years to recover from.

I had to temporarily quit work. Thankfully, my wife covered for me. Part of my self-prescribed rehab was bike riding. I’d take off in the morning and ride my bike for up to five hours a day, then I might go for a 10-mile run. Fresh air, wildlife … I felt genuine freedom, contentment and happiness.

I got connected back to my physical body, the natural world, endorphins. The weight came off. This lead to other positive changes like a non-processed food diet … And slowly, real social interaction has come back a little. I have friends I do offline things with. I will even get together with a group of people and watch a movie we really want to see instead of sitting in my dark cavern watching whatever. Sometimes we even try to honestly analyze what we have watched. I’ve gone on four little vacations in the last year and had to seriously adjust to driving long distances, packing, directions, etc. I often feel like a child learning very basic things for the first time.

I’ve learned to appreciate the weather: sitting in the sun for a moment, marveling at the snow, taking deep breaths of fresh air. Things I’d long left behind. Now the Internet is still a really big struggle. I’m still in it, still a slave, still socially awkward, still stream way too many movies, but I’m now conscious and actively fighting it. I go to occasional shows, make it a point to get outside once a day, hang out with people a little bit and have even decided to make less money so I can have more time away from my computer.

To other people who may be in this situation, on one level or another, some quick fixes I recommend: Go back to a dumb phone. You’ll go through withdrawal, but not being connected to the World Wide Web when you’re away from your computer feels like having a demon exorcized. You suddenly have to look outside for stimulation. You can’t make a status update and agonize over how many comments and likes you may or may not get.

Sell your Kindle and go back to reading books and magazines printed on a thing called paper. You’re so much more connected to what you’re reading and you’re not looking at yet another screen. Maybe even get the newspaper delivered!

I find I recall information much better when I didn’t read it online. (I have no idea what that’s about.)

Go outside and get exercise, whether that be a simple walk or a 20-mile trail run. The endorphins and nature will begin to heal you.

There are other things you can do, but that’s all the content I can muster for now … I gotta get back to feeding Facebook.