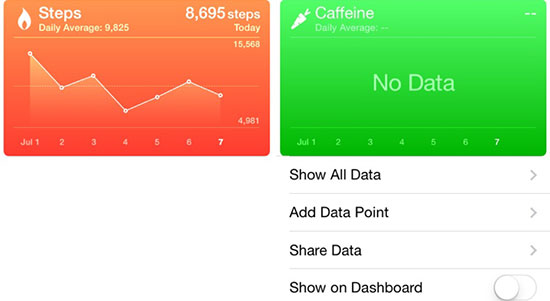 McMurray: This has become my favourite app in the last couple of weeks. It’s got me walking in circles at airports to get my average up. It also keeps me out of the bar or buying crap at duty free. I got this new iPhone a couple of weeks ago and it was preloaded with this Health app. I’m just now realizing how many of these things I’m obsessed with. Maybe I’m trying to replace heavy drinking. I think I read about a year ago that you’re supposed to take a certain amount of steps every day, like 10,000. And so every once in a while I walk somewhere, I check my app. I end up being this weird guy who walks up and down the airport while everybody else is just sitting there having a coffee or a beer. It’s good to try and keep healthy because we’re not as young as we once were. I’ve got two kids to run after now, so keeping a certain level of health is pretty good. The step counter helps me do that.