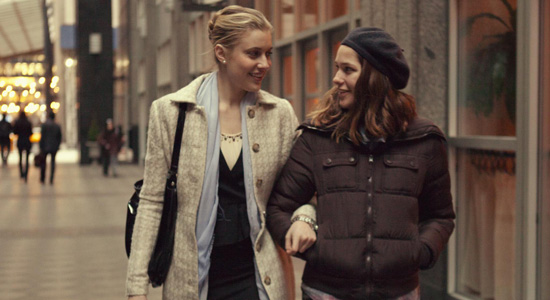 I saw Mistress America as one of a crowd of eight this week. Before the film, starring Greta Gerwig and directed by Noah Baumbach, was halfway through, the audience had been thinned out to only four. It’s shocking to admit I was almost one of their number, since I’d been counting the days until Mistress America‘s arrival. But just like that, as Jackie Wilson once put it, “Disappointment was my closest friend.”

I loved Frances Ha, the 2013 movie that also featured Gerwig and was directed by Baumbach (and was also co-written by both) with a similar “non-story” line to that of Mistress America. An upbeat woman of about 30 comes up with one crackpot scheme after another as she shuffles around the insider haunts of Manhattan where she’s known and adored by just about everyone. The most memorable sequence in Frances Ha found our girl strutting across an NYC street, stumbling awkwardly on the far curb, then resuming her triumphant gait as though nothing had happened.

Change the Gerwig character’s name from Frances to Brooke, and add Tracy Fishko (the excellent Lola Kirke) as a college freshman whose mother is about to marry Brooke’s dad. Then double the dialog load spoken by Brooke, and everything starts to wobble out of control. Brooke just won’t shut up. What once was quirky and endearing has become tedious, almost to the point of requiring over-the-counter pain meds. I looked at my watch (never a good omen) and realized we still had 50 minutes to go in a damaged feature that clocked in at a scant 87 minutes to begin with. Beads of sweat began to pop out on my forehead.

Mistress America falls flatter than a Macy’s balloon the day after Thanksgiving with an overly stagey sequence where Brooke and Tracy visit the posh residence of Mamie-Claire (Heather Lind). Once Brooke’s pal, Mamie-Claire is now an arch-enemy who stole, then married Brooke’s one-time boyfriend. Brooke has come to ask Mamie-Claire’s husband to help finance a restaurant that everyone knows will never happen. “Aren’t those my cats?” Brooke demands of Mamie-Claire in the funniest moment from a clunky scene that only tightens the screw-top lid on this disappointing vintage.