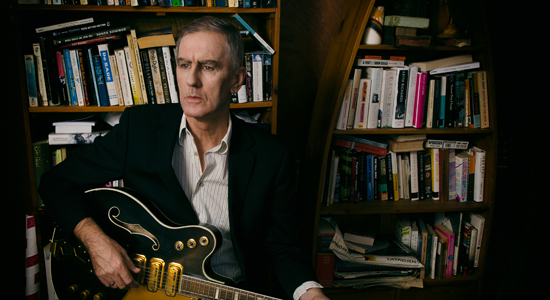 The most dangerous card shark is the one who lets you think you’ve seen his hand. Songs To Play, Robert Forster’s first record in seven years, seems simple and transparent, when in fact it’s so subtle that you might miss it when he’s pulling your leg or telling you about what comes after the apocalypse. This humor is a welcome thing. While Forster was often the more flamboyant and unpredictable one during the Go-Betweens heyday in the ’80s, his last record, The Evangelist, was a solemn affair that followed the death of fellow Go-Between Grant McLennan, from a heart attack. With its spare Loaded-meets-Blood On The Tracks arrangements, Songs To Play sounds musically assured, but it’s that double-edged sense of humor that proves that Forster is truly back. Back in the ’80s, Forster once dyed his hair to Blake Carrington’s shade of gray, so at age 57, it would be disappointing if he didn’t pull an old-guy move. He obliges by asking his inamorata not to Twitter on “Let Me Imagine You.” But even though he wears his Dylan adoration on his sleeve from song one, this isn’t comfy-shoe dad rock. There is deviltry in the details, such as when “A Poet Walks” registers the artist’s inflated self-esteem and shrunken pocketbook, as well as his sharp eye for detail, or “I Love Myself (And I Always Have)” never lets on whether it’s a put-on or a sincere expression of narcissism. What—did you really think the master was going to show you his hand?