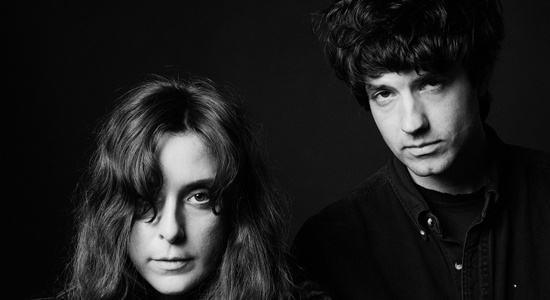 Formalities first: Depression Cherry is the fifth season of Beach House, and by now, anyone who’s spent time in them knows they come partially furnished. Accordion lungs and moaning organs. Permanently overcast skies and broken chords as far as the eye can see. Since flicking on the lights in 2006, the Baltimore duo has gotten roughly equal volumes of adoration and flak for the exact same reason: It’s all so very Beach House. There have been tasteful renovations throughout the years, expansions executed with sophisticated, elaborate care, but the foundation remains the same. Expecting something different is asking for buyer’s remorse.

Amid the critical noise, Victoria Legrand and Alex Scally continued to operate like shut-ins, even as their insular music grew ever more extroverted. Devotion invited the ghosts from their haunted eponymous debut to dance, and Bloom writhed in the complex, cold-bed fallout of 2010’s breakup-breakout, Teen Dream. This successor moves differently than those natural next steps did. They exhale; it inhales. They advance; it retreats. They get (moderately) faster; it goes (considerably) slower. First single “Sparks,” a shoegazing smear of washed-out vocals and long-fuse feedback wicks, is the quickest and loudest song on the album; it is neither loud nor quick.

The unbroken pacing and deliberate deliberateness may be Ambien pills at first, even for fans. But eventually, like ears adjusting to the dark, their mood takes hold, and it’s intoxicating. Depression Cherry has four masterful set pieces, staggered to hit as the odd-numbered tracks, each deepening the pervasive sense of rediscovered romance. “Levitation” is the invitation: Legrand, waiting on a train that will take her to a rendezvous, cooing her softest come-on ever (“There’s a place I want to take you”) over a plush encroaching rhythm and synths that twirl around every other measure like a lighthouse beam. It all sounds fantastic, everything in its right place. “Space Song” fades in to lapping slide-guitar ankle waves, octave-pinging Tron sonics à la Bloom and one of Legrand’s most swollen torch songs (“You wide-eyed girls, you get it right”).

“10:37” and “Wildflower” are the two simplest songs here, and simply two of the best showcases this band has to offer in miniature: the latter a five-note exploding heart technique; the former a balletic, mostly a cappella anthem that conjures in extreme slow motion both Berlin’s “Take My Breath Away” and the wordless choruses of “Gila” and “Norway.” Taken together, they are songwriting as sculpture, not composed so much as whittled to perfection.

The tinkering waltzes of Beach House and Devotion feel circular, swirling; the horizon-stretching arpeggios of Teen Dream and Bloom seem mapped out on intersecting grids. This is both at once: a vortex in time and space, another place to get lost.