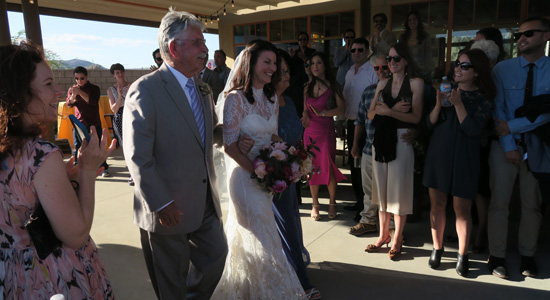 Joe Cardamone: The terrain is increasingly less stressed and sparse as we move further from the city. Some tensions are deflated while others begin to rear. Traffic isn’t bad, which is a blessing on my gas foot and my ride. We’re heading toward a wedding. I have no idea who the guest list will be, but I can imagine the event will be filled with characters from a bygone era. Ronda, the bride, had a hand in pulling me out of the gutter at a serious crossroads in my timeline. We go pretty far back so to see her happy and hitched was a positive notion. As we pulled into Joshua Tree, the main strip along Twentynine Palms was smaller than I had imagined it. Maybe a mile of shops. Our motel, strategically across from the venue, was as basic as shit can get. A thick plexiglass window at reception. The type to ward off nefarious activity in the wee hours. The Safari Motor Inn they call it, not steeped in history or anything cool like some of the more costly joints around here but definitely the place where Gram Parsons would die if he was checking out in 2015. We checked in, kicked off the road and I watched the mini TV while my wife put herself together for the event.

The event space for the wedding is called The Station; an old ’50s gas station that has been done up to hold events. Edison bulbs and all. The bride walks, and the semi-traditional Jewish wedding is held. Ronda looked happy as a girl can look, and the crowd cheered her on. About 100 people in witness. A lot of folks from a certain period of my past roaming The Station. My life prior to 2008. Most of whom are great to see again, some I still do see and a small few who should take a hint off a short pier. One person who I haven’t really seen in ages but is a great mammoth of a personality is Dave Catching. I haven’t really spent time with him since we were doing drywall at the art college for change under the charity of our boss/friend Julian (also in attendance). The after party was at his spot, his Rancho De La Luna. If you are interested in rock music then there’s a chance you have a record that has elements created at his home/studio here in the desert. We fuck off back to the room to take a breath, watch a minute of bad mini TV and then drive up the dirt road to the ranch. It’s pitch black out except for the succulents that my high beams catch. The patio of the ranch has a backline being dragged out into the dirt and Christmas-looking lights everywhere. In the black night, it’s beautiful and welcoming. We take ourselves a small tour of the house, checking out the instruments and the great shit hanging on the walls. A baby face with a stick in its mouth, a velvet painting of Catching and gimmick package of costume mustaches. I had seen pictures and footage of this place, but it didn’t make sense until I walked in the room. It was a home; a place dedicated to making and abusing art. It made a lot of sense, real quick.

People were everywhere. A rotating cast of folks playing covers and songs they wrote on the gear out front. From inside the living room, I hear them break into the Cramps-y version of “Fever.” The guitar playing was great and enough to draw me right out to the dirt to see who it was. Although I already kinda knew who it might be. There was Catching making the guitar talk. They say real musicians don’t tell you their story when they play. They tell you your story. I saw Dave on guitar and smiled. Of course, he can play like that. What a relief to be reminded that it just doesn’t matter where you are or what you have, it only matters what your guts are made of. This is the stuff that I want in life. The shit I been chasing for my span. The real shit is worth living for.

As the party winds up, we wind down. A lot of people are dancing to the live music and looking really happy. Happiness in the middle of nowhere. My wife looks beautiful, and it’s time to go. We have been on our feet in good looking but rough feeling shoes for hours now. We say goodbye to Ronda, the bride, her eyes beaming moonlight and then make ourselves a French exit. As we walk back into the blackness, I stop and look straight up at the sky. I am in outer space. I can see every star and every solar system. I show her Orion’s Belt. Everything is finite and infinite at the same time. 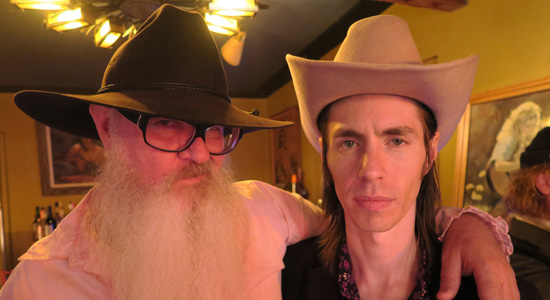 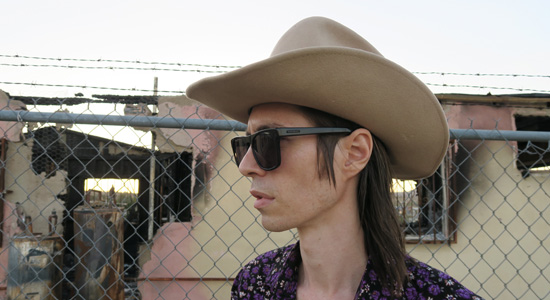