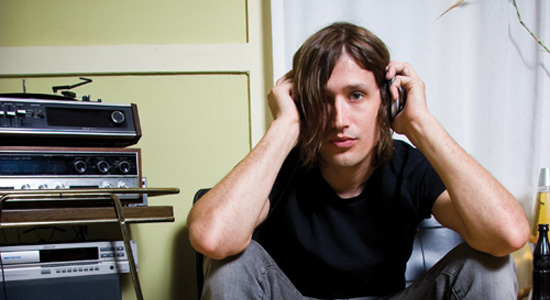 Lobster Tank + The Lawsuit
The tour where the Icarus Line opened for A Perfect Circle along the southern half of ‘Merica (serious pockets of humanity) in late October of 2003 was a pivotal point all of us, everything was changing around us. The band had just lost their bass player Lance (a.k.a. Bass Cop, who was an original member), who was replaced by Don Devore from the band Ink & Dagger (Don ended up moving from Philly to LA and into my laundry room where he slept next to the washing machine all summer when the band signed their deal), they had just signed to a major label (I had helped get them signed to V2 Records after taking meetings with lots of labels and playing them all a three-song, 25-minute demo CD and seeing how far into it they would last), the band’s second record “Penance Soiree” was just recorded with Mike Mossimano in Los Angeles (mixed by Alan Moulder in London), we had just linked up with Les Borsai who was the closet thing to a real manager we’d ever had, and now we were heading out on tour until it came out. This was our “entrance into the big leagues,” this was us face-planting into arena rock, and this was us taking the opportunities that were offered to us and beautifully blowing them as hard as we could. Professionals? Not so much.

At the time, I was dating this girl Mimi Jakobson (whom I was on and off with from like six years or so). Mimi was good bohemian stock, both of her parents were hippies (it’s also worth noting that her dad produced Dennis Wilson’s Pacific Ocean Blue, wrote six or seven Beach Boys songs and is the main witness tessifing against Charlie Manson in Helter Skelter—at the end of his testimony he stood and yelled, “I love you Charlie,” to make sure they didn’t off him). I remember this because she picked a fight with me the day we were leaving because she was jealous I was going on tour. When we met, she was dating Taylor Hawkins from the Foo Fighters so she went from traveling the world first class and no job to dating me, having a job and not traveling while I did. So even I think that it’s kinda understandable she’d have a chip on her shoulder. Whatever, right? So I went from her house (and that fight) over to where Les’ house where Joe had been living in the Hollywood Hills behind the Magic Castle to get a few things before we left. I remember walking into their place and there was Les sitting in his tighty whities (keep in mind it’s only 10 a.m. at this point), typing away at emails with a plate he’d just pulled out of the microwave with eight beefy lines of cocaine. “Um the dude in charge of our lives is higher than we are!” said nobody. For some reason Les had decided to move the day we were leaving for tour, but I didn’t see much moving going on when I was over there. The only thing I saw either of them do were lines of coke (not saying I didn’t do the same, I did) and changing the music on the stereo. As I walked into Joe’s room, I saw that he had a similar plate/cocaine situation going on for himself.

Joe Cardamone: Hey man, I’m not flying out until tomorrow. Les just announced we’re moving today plus I’m getting an eight-ball of coke tomorrow, so I’ll be flying out with that on me for all of us.

Me: Right on, that’ll be nice.

Joe: Here, take this for all of you on the way out. Monica gave it to me this morning.

As he handed me a baggy of what looked like two grams.

Me: Yeah, but then I gotta go. We’ve gotta get outta town plus you know everyone’s gonna be late.