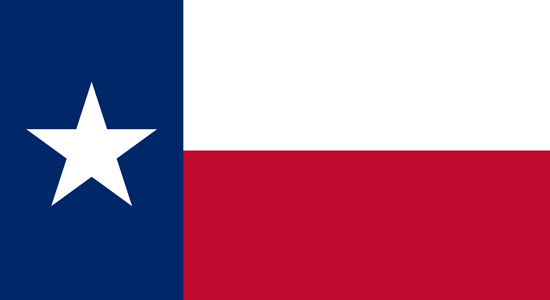 From there it was down to my house on Wilcox and Melrose, where I used to live alone but now shared with Don. I was meeting everyone from the band (minus Joe). Don, Alvin, Captain, Darrell (sound guy), Aaron and myself all loaded the gear, merch and assorted other shit we needed into the van (the trailer was twice the size of the van) and then piled in ourselves and started heading west to our first show in San Antonio, Texas, on Halloween 2003. I did the bulk of the driving, which made sure I remained in control of the stereo. The trip out was pretty uneventful until we got to Texas. When we got to Texas, we got pulled over by a state trooper for being “Long Hairs From Cal-if-forn-I-A.” The bacon patrol asked us to step out of the vehicle and stand single file along the side of the highway while their drug dogs sniffed the inside of the van. The problem with this for me was that I had packed a half pound of weed and not even very well. It wasn’t hidden, it was right on top if you unzipped my dufflebag. Plus I still had that baggy full of cocaine Joe had given me the day before inside my nickel pocket of my jeans, above my right hip. I was sweating bullets imagining how stoked these pigs would be to handcuff me, toss me in the back of their patrol car and haul me downtown (where ever the fuck that was cuz we were in the middle of the bloody desert) for sure commenting on how my nipple length hair sure made me look like a faggot.

“Going to jail was gonna suck, it’s so gonna suck” I screamed in my mind as the dogs climbed inside our van, sniffing everything and even stepping on top of the bag I had weeed in. But nothing happened, the dogs didn’t smell a thing, the cops told us, “Ya’ll better be careful while ya’ll in the state of Texas.” We all piled back in the van and drove off toward San Antonio for a while with the radio off in totally silence. All just very happy that we weren’t going to jail over some weed.

If anyone ever tells you anything other than “driving through Texas is always boring,” then you know they are a liar! I really do not like Texas, it’s hands down the worst state with Florida and a few other Southern pockets at a close second and third. I always feel like I’m about to be arrested in Texas, there’s nothing to look at while you’re driving, it’s just flat and it’s just a straight shot, but I remember that drive being increbibly peaceful post-cop situation. I was always blasted on cocaine, too, so there’s always that. Meaning, I’m sure that helped with the peacefulness and all.

It was about 4 p.m. when our van pulled up to Freeman Coliseum in lovely rural San Antonio! Not really, place sucks. We loaded our gear in and set out to explore the facilities. Joe would end up missing soundcheck (the band did it without him as best they could) and flying in right before they played (with an eight-ball of cocaine taped to his balls no less). As I walked around the venue I saw what the various rooms backstage were being used for: “Production Office,” “Catering,” “Maynard’s Room,” “Band Room,” “Opening Band” (that’s us)… I knew what all those were, but “Hospitality”? Huh? Hostpitality? What’s that I wondered as I peered inside the room only to find a boombox plugged in an a circle of fold up chairs around it. Confused I carried on around the remainder of the venue, finishing my inspection of our new surroundings. At some point before they played we were summonded to the production office where they took our photos and printed us out personalized laminate passes that said our names and what we each did in the band. Example, Joe Cardamone: Singer, you get the picture. I was super bummed they misspelled “cameras” on mind to “camers”; it was pretty clear it was on purpose, too.

Ok, I’m not trying to get all negative here but I also can’t lie. That is a fact. I wouldn’t say the first show went over super well with the crowd, but it wasn’t a total clusterfuck. It was clearly us vs. them vibe, the crowd was not connecting with our vibes at all, but it wasn’t all-out war either, not yet at least. But then again we knew what we were signing up for. Here we were in the middle of Texas about to venture into the backwoods of the south and play weirdo 12-minute punk-rock songs in front of 7-10,000 idiot Tool fans who just wanna see Maynard swoop down the humid state of Florida and end up in Tennessee (which is a state I actually like). For the most part, and I hate to generalize but let’s be honest: It’s just faster, these people don’t have a clue. They aren’t fans of rock ‘n’ roll or even good music for that matter, nor are they gonna wrap their heads around what we’re up to. You really can’t expect much in situations like these, except a decent rider and decent pay. Which from the van/sleeping on floors tours we were coming from, was just fuckin’ great.

“We’re getting paid but no one likes us and is on the verge of violence? Cool, we’re in!”

I just remember lots of confused faces, silence, some bummed out faces but no one threw anything while they played, not the first night at least. But the Icarus Line, as usual, took this challenge on full speed ahead, chalk full of attitude and confidence. Joe stalking around the stage, pointing and singling out individual people in the crowd and spreading a little uncomfortability among the confused, Lance didn’t move (or face the audience), Captain laid down a steady beat hitting the drums hard, while Aaron ran around flailing his guitar, humping his amp and releasing tortured swawkes from it like a well-train ballet performance, who knows what Alvin was doing. Being onstage when the crowd is not on your side can be a scary thing, just the energy alone bubbling up can start to get uncomfortable, let alone when those monkeys start throwing shit at you … that’s never good.

As a group, we left the stage together (I say we cuz I was up there somewhere behind an amp shooting photos or video taping, or both) at the end of the Icarus Line’s set and Maynard and his A Perfect Circle took the stage, which transforms the venue from what sounded like an echo chamber into a room full of frantically screaming mongoloids. The fucked up part was Maynard was nuking them straight to their faces, I mean to me it just looked like he was taking their money and laughing in their faces … and they couldn’t get enough! They loved it! And they will all buy a $45 dollar beefy Tee on the way out too! Fuck yeah, they will. Maynard’s capitaliztic empire was almost admirable in some sleazy gross way.

Maynard to a noisy, frenzied crowd: “Ya’ll have any thumbs around here? Can I see who here has thumbs? No one? OK.”

Referring to the Bill Hicks joke: “You know how in many parts of our troubled world they are yelling ‘revolution! revolution!’ In Tennessee they are yelling ‘evolution … we want our thumbs!’ The thing is they see people with thumbs on T.V. all day, boy that’s got to drive them hog-wild huh? [mimics monkey] Trailers are shaking. They’re nice people they’re just, what would you call ’em … rural? Backwoods, country? They’re real nice, after a show one of these guys came up to me and said, ‘Hey, you’re great, you cracked me up, I was about to spit!’ …Sorry? He said, ‘No I loved it, I’d like you to meet my wife and sister.’ And there was one girl standing there … not a thumb between ’em. Goddamnit now what are the odds of that? OK the girl had a little nub growin’ in, but girls evolve quicker than guys.”