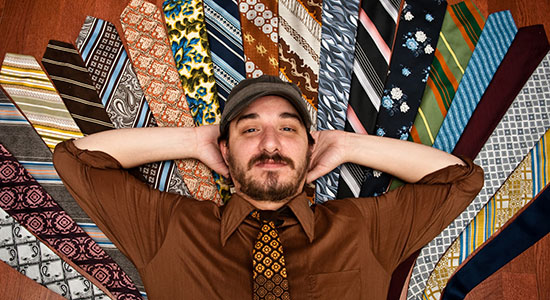 After MAGNET featured his wonderful baroque indie tunes “Borrowed Heart” and “The Dark Heart’s Out,” Hezekiah Jones has been so kind as to craft a mix tape of some of his favorite songs. His new record is called In Loving Memory Of Oosi Lockjaw and will be out November 13. Check out his mix tape below.

Chris Bathgate “Creek, Cure, Dawn”
Around the time we put out Hezekiah Says You’re A-OK, Morgan King of Yer Bird Records sent me a large cache of CDs including Elephant Micah, Beruit and Chris Bathgate among many others. This is the opener from Bathgate’s Throat/Sleep album. One of my favorite LPs to listen to. I can’t get enough of it. This was the first song I heard of his, and fell immediately in love with his songs, poetry, arrangements and him. Video

Cast Spells “Glamorous Glowing”
This is from Bright Works And Baton. A fantastic EP all around, it was hard to pick just one track from this collection. Like Bathgate’s work, I find Dave Davidson’s music instantly compelling. He is more well known for Maps & Atlases, but this is the album from him that really hit home for me. We had the honor of doing some shows on the road with him and Good Old War a number of years back, and he would play these songs, mostly solo, each night to a captivated audience. We were amongst those swooning people each night. Video

Fugazi “Waiting Room”
The most generally accessible song of Fugazi’s catalog. This song brings me back to all of my teenage angst in an enjoyably energetic way. That bass line just gets my blood pumping. Video

Akron/Family “Raising The Sparks”
This song hypnotizes me. It’s a bit rough around the edges, but those guitar lines just draw me in. There is something here that I can’t quite put my finger on that a part of me finds innately profound for some reason. I become slacked jawed, start drooling, and find myself staring blankly into space while listening. Video

Thelonius Monk “Blue Monk”
I grew up studying jazz piano, so players like Thelonius Monk and Chic Corea were constantly being listened to. I, and I’m sure many others, would count Monk as one the more unique jazz piano players, composers and soloists. This is a great version of a relatively young Monk playing one of his classics in 1958. The look on the announcer’s face when they cut back to him about halfway through is priceless as well; it might have been the most confusing three minutes of his life. Video

The Black Heart Procession “A Cry For Love”
My older brother, Gabriel, has always been able to find books, movies and music to turn me on to that I fall in love with without exception. This is one of those bands he turned me on to years ago, and their mood and delivery are just about perfect for me. Video

West Philadelphia Orchestra “Zla S’dba”
One of my favorite Philadelphia acts to see live. There is something about Balkan music that lights up my heart like no other kind of music, and these ladies and gentlemen are the best around. I have had the pleasure of seeing them perform many times, and it never does/will get old for me. Go see them live if you have the chance. Video

The Spent Poets “You Can’t Kill Michael Malloy”
This is the instrumental track from one of my favorite albums from growing up. Probably the most influential album for me as a songwriter. The characters that haunt the album are wonderful, including a song about Syd Barret called “He’s Living With His Mother Now.” I really love the driving and macabre melodic theme on this track. Nice and sharp. A beautiful ode to the indestructible Michael Malloy. Video