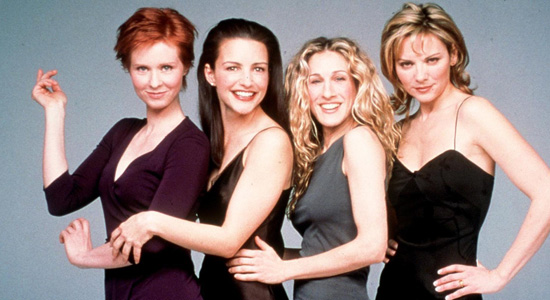 Shapiro: This show rules. I’m always down to watch SATC. Any time, any place. It’s so bad in the best way. All of the characters are super one-dimensional and extremely aggravating. I think Carrie is the worst. She’s so self-serving, and an awful friend. Charlotte is an idiot, and Samantha’s entire personality is that she’s always horny. Miranda is cynical, and for good reason. She has the worst luck. I remember watching three episodes in a row in which a series of horrible things happened to her. First her mom died, then her friend got cancer, then she threw out her back. The show was pretty groundbreaking for its time, but looking back at it it fulfills so many stereotypes about women.