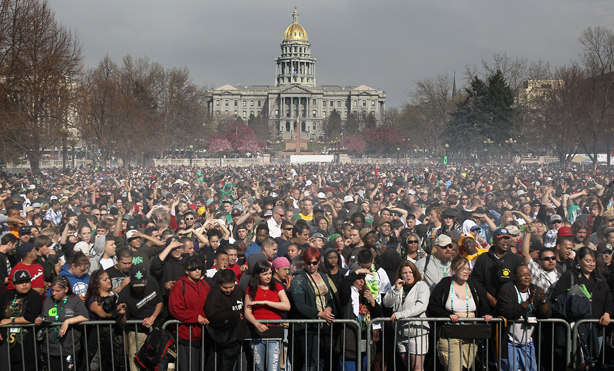 Shomberg: Since moving to Denver in the fall of 2005 I noticed a slow and steady influx of people from out of state. What’s not to love about Denver and the Front Range? You have some of the country’s best restaurants, rock clubs, jazz clubs, and stadiums all within a fifteen minute drive from each other and in just under and hour you can be in the middle of nowhere in the Rocky Mountain National Forest. Oh yeah, and weed is legal.

Since the legalization of marijuana the state has seen a massive migration of people seeking to capitalize on the new legislation and the beauty of Colorado. With the benefits of more taxpayer revenue, better infrastructure, and the re-development of some of Denver’s once less desirable areas comes high demand for places to live and therefore higher rent. While most professionals can absorb this financial burden, musicians and other artists struggle to do so. More and more of an artist’s menial paycheck have to be carved aside just to put a roof over their heads. This means less money for travel, to go to concerts, buy records, (legally) buy weed, and to simply experience the city around you.

As an artist, less disposable income doesn’t necessarily mean you won’t be inspired or can’t create, but if living costs are so high and continually rising, what incentive is there for other artists to move into the community and share their ideas? Will some artists be pushed out of the city that helped shape them? I’m not certain there is any tangible evidence that would suggest high rents in Denver or any other city are preventing artists from moving there, but it’s an idea worthy of attention from all communities small and large in order to protect the culture that makes them unique.