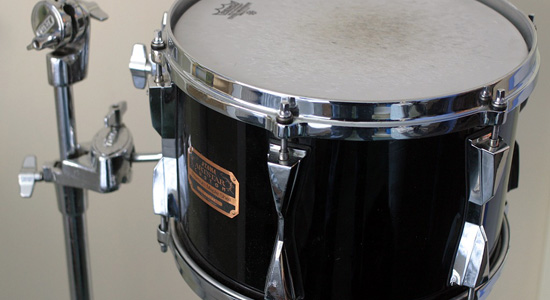 Shomberg: Over the last few years I’ve had some amazing experiences performing and recording with several bands across Colorado. My experience with the Yawpers, however, has forced me to look at drum arrangements in detail like I never have with any other band.

Most of my experience playing or writing music with other musicians has been in fairly traditional rock instrumentation: guitar, bass, drums, vocals. The Yawpers are comprised of two acoustic guitars and a drum kit. This instrumentation presents sonic challenges that have to be met by only three instruments, none of which is a bass guitar. Part of this challenge is met by adding a bass cabinet to Jesse’s guitar rig. Another device we use make up for the lack of low-end frequencies is by arranging a lot of our drum grooves on the toms. On our new record, you only hear hi-hat grooves on a few songs. If I’m playing hi-hats or ride cymbals during parts of songs, Nate and/or Jesse are most likely filling out the bottom end. Either that or it’s intentional in the arrangement not to have any bottom end.

Nate, Jesse and myself also spend a good deal of time finding a “groove” in each section of the song. We try to operate like a cohesive rhythmic unit. When we all groove together, we form a sound that’s feels big and full.

What makes our sound unique isn’t simply the instrumentation but how we use it. It’s how we arrange the instruments around each other in the songs. It’s this attention to detail in songwriting and arrangement that makes what the Yawpers do different than any other band I’ve played with.