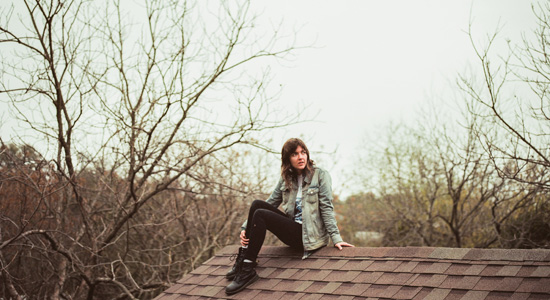 “Put me on a pedestal, and I’ll only disappoint you,” warns Australian folk-rocker Courtney Barnett on a punk-chorded “Pedestrian At Best,” from this, her official debut disc. And her wry self-deprecation is a major part of the record’s winning charm. Like a latter-day Wreckless Eric, the Melbourne native sings in a thick local accent; spins her own deep-seated neuroses into charming anthems like “Dead Fox,” “Depreston” and “Boxing Day Blues”; and wields a keen observant wit, à la her careful study of an unsuspecting “Elevator Operator” that can rival the definitive Eric story-songs “Broken Doll,” “Good Conversation” and “Whole Wide World.” Perhaps she acquired her skill with detail at the popular hometown bar she tended until last year, when her career— and personal imprint Milk! Records—started to take off. But all it takes is one spin through the jagged-riffed “Nobody Really Cares If You Don’t Go To The Party” (which anchors a singalong chorus on an ambivalent, almost dismissive “I wanna go out, but I wanna stay home”) to understand her visceral appeal. Like the best Seinfeld episodes, Barnett—with a casual shrug— has turned writing about everyday occurrences into some sort of high art. Go ahead and put her on that pedestal. —Tom Lanham