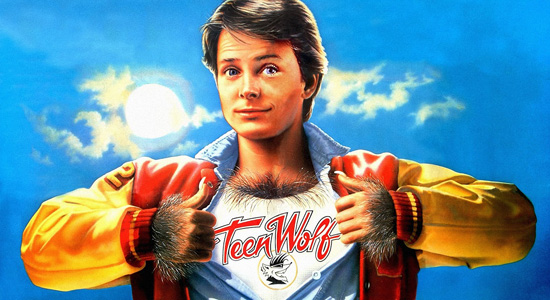 James: I just re-watched Teen Wolf the other day and, honestly, it wasn’t as great as I remembered. But I still love it. I distinctly remember when I saw Teen Wolf for the first time in the summer after my eighth-grade year. It spoke to me. Here was a kid who was about my height and was playing varsity basketball(!), and he got his dream girl, Pamela Wells. Well, at least for a few days. There was so much about that movie that resonated with my confused, insecure, hormone-addled middle-school brain. Who among us hasn’t felt like an invisible outsider? Michael J. Fox even voices to his best female friend, Boof, that he’s “tired of being so average.” Meanwhile, the jock-turned-werewolf was so preoccupied with the shallow and beautiful Pamela that he didn’t realize that Boof was the right girl for him all along. So I guess the moral of the story is that you should stop comparing and appreciate the people in your life. That, and don’t surf on top of moving vans.