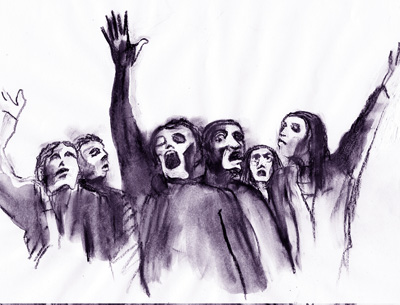 “The Revival Of Cruelty”
Half hostage, half victim
Blackmail shifts around
There is a closing up and drawing in

“The Revival Of Cruelty” from the album The Eagle And The Poodle (Matador, 1996) (download):