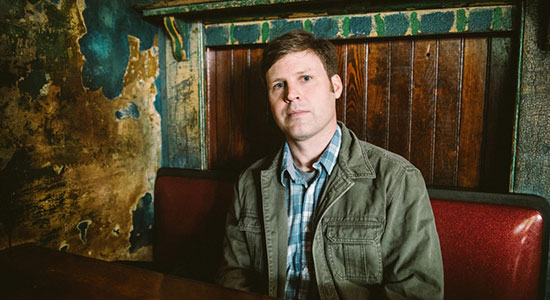 After MAGNET featured Suntrodden’s track “Sunrise to Sunset,” songwriter Erik Stephansson has been nice enough to put together a list of songs for our readers. Suntrodden’s new EP, Suntrodden I, will be out on February 5, so give this mix a listen to hear what inspired it’s creation.

Elliott Smith “Coming Up Roses”
I could’ve picked several of his songs … or done an entire mix tape of just him. He has been a constant vein of creative inspiration for me. I chose “Coming Up Roses” because it’s one of the first songs of Elliott’s that I heard. It captured me instantly. I love the tension between the verses and chorus. The tumult against the resolve. I’ve heard his records hundreds of times and his songs never grow old. Video

Wilco “How To Fight Loneliness”
Summerteeth Wilco is my favorite era of the band. The music was spirited and starting to leap beyond the country-folk tinged stylings of A.M. and Being There. There’s a dark edge that underlies several of the songs on Summerteeth, but it’s more overt on “How To Fight Loneliness.” I go back and forth between whether the repeating line of the coda “just smile all the time” is sinister or scared … maybe both? Video

Beach House “Sparks”
Beach House songs tend to have a hypnotizing quality to them. It’s easy to lose yourself in the slow, deliberate pace of the songs and bask in the bright vocals of Victoria Legrand and Alex Scally’s fuzzed-out guitar lines. I got into Beach House when Teen Dream came out. Depression Cherry hasn’t sunk under my skin with the same ferocity as some of their other albums, but every Beach House record is must-hear-music the day it arrives. Video

Iron And Wine “Naked As We Came”
Early Iron And Wine served as somewhat of a creative pillar for the songs originally written for the Suntrodden project. While those songs were ultimately shelved for the time being, this ethos remained in the approach to those tracks that ultimately landed on Suntrodden I. I also think his newer material is under-appreciated, and I love how his sonic-palette has expanded with each album. Video

Father John Misty “I Love You, Honeybear”
Josh Tillman has one of the most interesting and exciting voices in songwriting today. The lyrics are almost dangerous with how in tune they are with what’s going on in socio-political and pop culture today. Plus, his satirical debauched-rock-star shtick is pretty hilarious to watch live. Video

The War On Drugs “Under The Pressure”
I remember talking to a friend about this album when we were first getting hooked on it. I find the albums I get most excited about (and those that ultimately stick with me) are the ones that I can share with other people—these experiences give the music a context. The tone of the album reminds me of a time in college when my friends and I would drive out into the countryside and get lost for a little while beneath the stars. Video

Tame Impala “Let It Happen”
Tame Impala was my biggest obsession of 2015. I love how this band has evolved over time, and it makes me think about how to stretch Suntrodden. Kevin Parker has caught a little heat for his shift away from guitars to electronic elements, but I’m looking forward to exploring that rabbit hole with him—or wherever else he decides to go. Video

Spoon “Do You”
Spoon is one of the most consistent bands out there today. Even the albums that I don’t think I like initially end up becoming favorites years later (i.e., Transference). They Want My Soul has an immediacy to it that grabbed me right away, with “Do You” being a standout track. Video