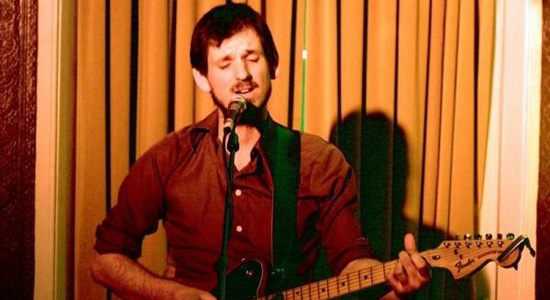 O’Hagan: I first met Thomas Van Cottom maybe nine years ago. He had an enigmatic and wonderfully unique band with Aurélie Muller called Soy Un Caballo. The couple from Bruxelles worked with a small close circle of musicians from the city to create a European song form which danced between Françoise Hardy and an American highway. I was asked along with my old friend Charlie Francis to help produce their debut and, as it turned out, only record. Thomas’ idiosyncratic open-tuned writing and Aurélie’s sublime voice and bass playing combined to create something timeless.

Eight years on, Thomas and I teamed up again. After a break from music, Thomas came back with a manifesto of creativity. Thomas calls it Cabane music. Cabane is a collaboration of six or seven musicians from Belgium, England and the U.S. Thomas writes the songs, which require only two instruments plus strings and voices. So far, Bonnie Prince Billy, Kate Stables (This Is The Kit), Caroline Gabard (Boy And The Echo Choir) and I have joined Thomas on this venture. Cabane is music, photography, film making and seeks to draw on other creative activity on future projects. When I asked Thomas what he was trying to achieve with Cabane, he said he wanted to bring people together, almost beyond the structure of industry, more as a social experiment in creating new work.