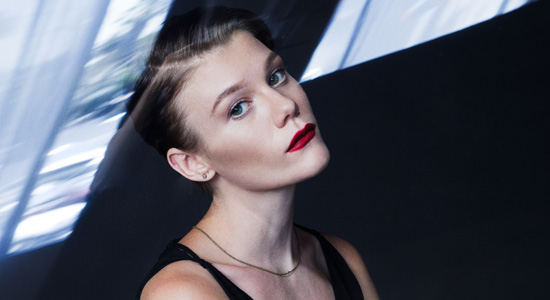 Trixie Whitley is a woman with a lot on her mind—to the degree that a single well-worded question can get an interviewer off the hook for at least 20 minutes. In fact, the 28-year-old multi-instrumentalist and daughter of late blues guitarist Chris Whitley is so good at telling her own story that MAGNET is letting her do just that. An obvious place to start is her tremendous new album, Porta Bohemica (Unday), a self-assured collision of singer/songwriter sensitivity, brash art-punk attitude and raw, rhythmic blues/R&B emoting produced by Gus Seyffert (Beck, Black Keys) and Joey Waronker (Atoms For Peace).

The joys of collaboration: “After working extensively with Daniel Lanois and Brian Blade, I really wanted to work with someone younger, who was more a friend than a mentor. I really had to understand my own strengths and weaknesses—to fine-tune my musical instincts and learn how to trust them. My first record (2013’s Fourth Corner) was made with a very small crew: producer Thomas Bartlett (Glen Hansard, the National) and engineer Pat Dillett. It was just the three of us huddled up for three weeks. It was refreshing to have that different sort of energy. I just wanted to have some fun.”

An unconventional upbringing: “My first instrument was the drums. I was 11 years old when I moved (from New York City) back to Belgium, where my mother was from, and I started touring throughout Europe in these avant-garde performance collectives and dance groups. I was surrounded by these pretty heavyweight people way before I was even remotely aware of my own gifts. I moved back to New York when I was 17, and my dad passed away shortly after.”

To create, you must first destroy: “My expectations for myself are unbearably high. I realized about halfway through making this new record that I had to stop judging myself and be completely open creatively. Along the way, I got deeper and deeper into the process, and I hit a wall. I had to get some distance from it—and the only way to do that was to start writing new stuff.

“Then I crossed paths with Gus and Joey, and neither of them had any link to my musical background. That was the catalyst for me to start writing a bunch of new stuff. I was also pregnant along the way, and that had a big impact, as well. Once Gus and I got into the studio, he really helped me glue everything together. Half the record is stuff that I basically produced on my own, and the other half is where Joey and Gus stepped in.”

Fear of guitars: “I was really hesitant. I was like, ‘Nah, that’s not my thing—that’s my dad’s thing.’ But one of the greatest lessons I learned from Daniel was that you don’t have to be virtuoso at one thing if you have this gift that allows you to express yourself on different instruments. I realized that I could come up with these really simple riffs I could get excited about singing along to.”

The blessing—and the curse—of genetics: “I never wanted to follow in my father’s footsteps. I didn’t want to live the same kind of lifestyle as my dad—and, at first, I was kind of rebelling against it. But I can’t breathe without music. It’s such an extension of who I am. It’s the only place whereI feel like I belong.”