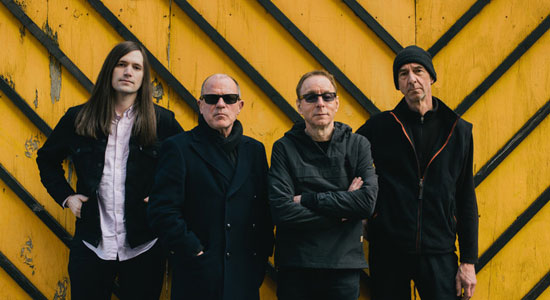 Restless rule-breaking helped make Wire’s first three records required listening, but now that the band is entering its fourth decade, this British post-punk vanguard has felt more at ease with its craft. The Wire of yesteryear tested the limits of its abilities, while the current incarnation knows its strengths and weaknesses; Nocturnal Koreans is the latest in a late-career winning streak the band has been on since 2008’s Object 47.

The new mini-album is culled from tracks that didn’t make it onto Wire’s self-titled 2015 full-length, but these aren’t necessarily leftovers. The band claims that Wire was made to sound more like the group does live, while Nocturnal Koreans was meant to be heard as a studio creation. The aesthetic shifts are definitely more subtle than, say, Pink Flag to Chairs Missing, and there are plenty of sonic touchstones from the band’s storied career. The group even acknowledges as much with the “Three Girl Rhumba”-referencing “Number” (“You think I’m a number/Still willing to rhumba”), but the subtext is that Wire isn’t much interested in being the band you remember it being.