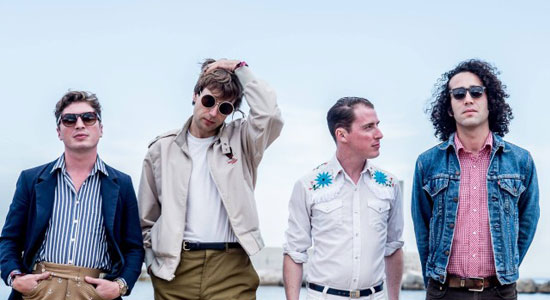 It’s odd that, given his handful of high-profile collaborations, podcast theme compositions and fi lm work, Nick Thorburn’s main band, Islands, remains one of his lesser-known projects. With a decade of consistently enjoyable and eclectic albums to its name, Islands is the most reliable outlet for Thorburn’s smart, peculiar concoctions. Now the band is poised to make its biggest statement yet, with the simultaneous release of its sixth and seventh albums. Should I Remain Here At Sea? and Taste stand as proof that “Mastermind, Islands” should be Thorburn’s lead credit.

A taut foundation of guitars makes Should I Remain Here At Sea? the more immediately accessible of the pair. The bouncy “Stop Me Now” and “Back Into It” contrast with the downcast “Christmas Tree” and “Hawaii,” making the record a close cousin to 2012’s mostly maudlin A Sleep & A Forgetting. Thorburn’s synthetic side is showcased on Taste, which reconfigures the electronics of 2009’s Vapours and last year’s solo outing City Of Quartz. The leadoff “Charm Offensive” and the pulsating “It’s Heaven” set up a neon-lit back half that includes the stellar “Cool Intentions.” To anyone who got introduced to this Thorburn character via one of his many cameo appearances, welcome! You’re in for a treat.