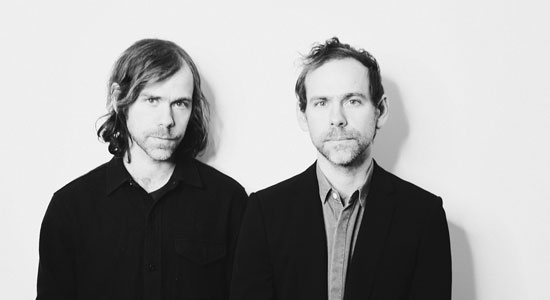 Day Of The Dead is the 20th compilation album from the Red Hot Organization to benefit AIDS awareness, and the second overseen by the National’s Aaron and Bryce Dessner. It includes 59 tracks separated into three categories (“Sunshine,” “Lightning,” “Thunder”) spread across five CDs containing five and a half hours of music. It’s a tribute to one band: the Grateful Dead.

That’s a lot of Dead. But listening to the set, it doesn’t seem that way. Only two songs repeat (“Dark Star” and “I Know You Rider”), and although it does feature a handful of extended improvisations (a 10:10 “Wharf Rat,” done quietly by Yo La Tengo’s Ira Kaplan), the majority hover around the six-minute mark.

Contributors include a few Dead alum and associates (Bob Weir, who sits in with Wilco and the National; Bruce Hornsby, with Justin Vernon; Bela Fleck), and, of course, the National, which performs several songs on its own and which, without singer Matt Berninger, forms the core of the house band for other artists. Bonnie “Prince” Billy pops up several times, as does Phosphorescent. The set is expansive enough to include noisy hardcore from Fucked Up, solo jazz piano from Vijay Iyer, psychedelic soul funk from Charles Bradley, African rhythms from Orchestra Baobab and experimental abstractions from Tim Hecker. Some other highlights: War On Drugs’ “Touch Of Grey”; the Walkmen’s “Ripple”; Lucinda Williams’ “Going Down The Road Feeling Bad”; Courtney Barnett’s “New Speedway Boogie.”

Not everything is a success: Mumford & Sons’ “Friend Of The Devil” is overly somber; Unknown Mortal Orchestra’s “Shakedown Street” isn’t quite funky enough. I’m not sure how Deadheads will react to the cast list tilted heavily toward the last decade of indie rock, but there’s so much good music here, performed affectionately but not reverently, that it’s a keeper.