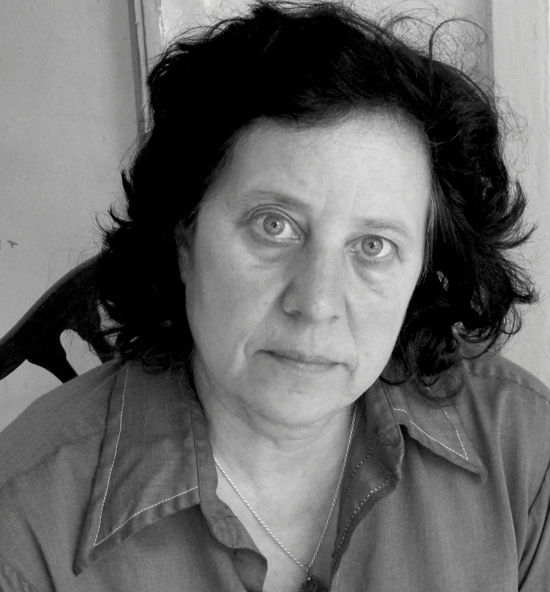 “I’ve been looking for ways to make our sound sparser,” Thalia Zedek says, describing the quiet, introspective sound of Eve, the new Thalia Zedek Band album. “I have an outlet for the louder, angular, more jarring stuff with my band E, which explores electronics, noise and unusual sounds. This band is evolving into something slightly different, with a songwriter-type vibe. It’s not mellow, but it’s more restrained than the experimental stuff I’ve done in the past.”

Zedek made her name playing her singular brand of ear-splitting, dissonant lead guitar with Come, Uzi and Live Skull, outfits known for their fierce approach to performing and recording. Her music with the Thalia Zedek Band may not be as loud, but it has the same level of emotional intensity that’s always been her trademark.

“This record is darker than the last few albums,” she says. “We’re living in an era of great uncertainty. The U.S. is less isolated from the rest of the world, and economically everything is more tied together. The internet allows people to access news and culture from around the world, and the climate has been changing radically, in both senses of the word. In Boston, we just had the hottest day ever recorded. I feel like we are on the eve of something momentous. It may be the eve of a new era, or the eve of destruction, I don’t know.”

Eve was recorded with Zedek’s touring band—David Michael Curry on viola, Mel Lederman on piano, bassist Winston Braman and drummer Jonathan Ulman. “Jonathan plays in a spare, stripped-down style,” says Zedek. “He fits the more introspective sound we’re going for. This time, we recorded a fair amount of songs that we hadn’t played live before we recorded them. When you’re writing in the studio, it lends a di erent, more reflective feel to the music.”

The arrangements on the album show off the band’s range. Hints of country, pop, blues, folk, R&B and modern classical surface as the music unspools. Zedek’s guitar ebbs and flows—sometimes acoustic, sometimes electric—giving the viola and piano room to come forward.

“We all write our own parts, and since none of us can read music, it’s all done by ear,” she says. “My only job as producer is to make sure all the instruments have enough room to allow us all to be expressive.”

Lederman’s piano introduction to “Illumination” suggests Eric Satie’s melodic approach; the subtle funk of “Try Again” opens with Zedek playing a killer guitar hook and slowly builds to a dark climax, driven by Curry’s brooding viola, while “You Will Wake” is a dreamy, country blues carried almost entirely by Zedek’s guitar and vocals; she almost croons the lyric, her singing stronger, more melodic and nuanced than on previous outings.

“I quit smoking in 2008,” she says. “I’ve also been doing more shows playing solo. You learn a lot about your voice when you don’t have to compete with other instruments to be heard. I recommend quitting smoking to any singers out there.” —j. poet