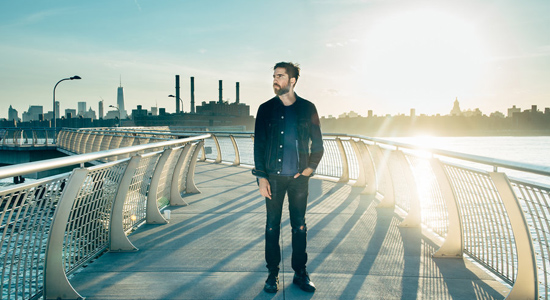 In the time that’s elapsed since its last proper album, 2010’s A Chorus Of Storytellers, Jimmy LaValle’s the Album Leaf has popped up with a soundtrack release and a collab with Sun Kil Moon, but the entity’s (this is the first A. Leaf LP to be made as a band effort) exploration of all things ambient, electronic and organically understated when it comes to both instrumental endeavors and the application of the aforementioned to a very contemporary-sounding indie-pop is what prevails on Between Waves.

Imagine a more vocal or pop-focused Dntel or a more experimental Postal Service, and it would not be off the mark for most of this record, which overall sounds like it would be just as comfortable on the Warp, Plug Research or Mego labels as on a TV spot for Subaru or disaster insurance. As the band’s first release for the world’s preeminent purveyor of underground metal in all of its stripes, Between Waves might be the least Relapse of all Relapse titles, but that’s what genuine eclecticism looks like.