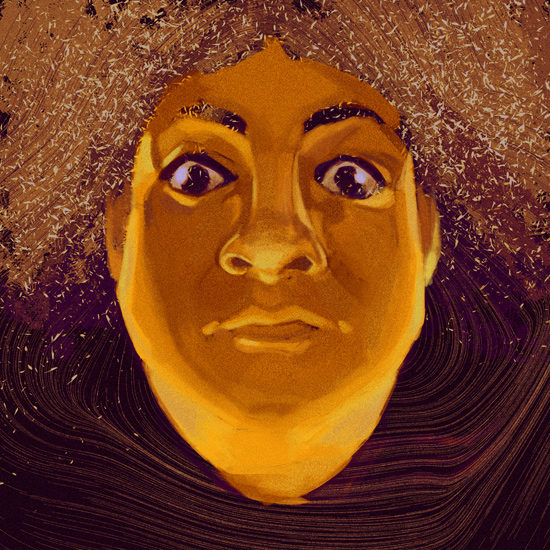 This installment of Street Team wouldn’t have been possible without the non-monetary, unofficial and unsolicited (I don’t care what you think of it) research assistance provided by the almighty Discogs.

Third Man Records To Reissue The Melvins’ Warner Bros. Heyday
One of many evidentiary nuggets supporting the fact that a lot of real underground bands enjoyed artistic upticks if not heydays on the backs of major labels, the two undeniable classics and one who-gives-a-fuck curiosity released by the Melvins during their three-year stint—1993 to 1996—on Atlantic Records (or subsids thereof) will be reissued on vinyl by one of the most important big indie labels in the world right now, Third Man. If you subscribe to ill-conceived Third Man hate based on whatever feelings you should not rightfully nurture about its principle personality, Mr. White, then you are bless-his/her-heart ignorant and should go back to enjoying Gawker-ish invasions of privacy like the publicizing of his backstage rider or information on nobody’s-business misunderstandings he might’ve had with contemporaneous musicians. And get a fucking life. This label does more good for the ongoing cultural conversation and history around vinyl releases and reissues than you ever will. Vinyl reissues of mandatory collection inclusions Houdini and Stoner Witch, as well as the good-but-not-a-good-starting-place inauguration of the band’s ongoing drive to Ween-it-out (I love Ween, and this is more of a figure of cultural speech), known as Stag, should be ready to buy by the time you read this.

Fat Possum Reissues Two Of The Three Essential Full-Lengths By The Grifters
Also available by the time you read this. And also unpacked in the Reviews section of this issue by yours truly.

One Of Now Innumerable Reissue Labels Of Its Ilk, The Sadly Named Drastic Plastic Records Reverses Some Of This Negativity By Reissuing The Modern English Album That Every High School/College Date Rapist In The ’80s Did Not Rock In Their Eddie Bauer Broncos
Hint: Mesh & Lace, the band’s 1981 debut of overlooked post-punk brilliance that music journalism at large has always stupidly written off as a document of the genre that deserved to be overshadowed by the above-described breakout. Wait, they’re also doing After The Show …

2,761st Reissue Campaign Of The Smiths’ Discography On Vinyl Is Now Available Via Rhino Records
Look forward to someone making the Bowie and Prince catalogs, plus Pet Sounds, once again available on vinyl for the first time in three seconds.

ATO Reissues My Morning Jacket’s It Still Moves As Nooks-And-Crannies-And-Bonuses-And-Original-Mixes Four-LP Set
This is a crucial historical document for those interested in the minutiae and nuance of how indie rock got Bonnaroovicized and the common ground (“One Big Holiday”) that allowed aging hipsters with great taste in music the momentary ability to wake up next to beautiful people with very bad taste in music.

Light In The Attic Imprint Modern Classics Records Does Another Reissue Of Mercury Rev’s Deserter’s Songs
Check out the very slow discography of this imprint and if you can find one release that was once again made available on vinyl based solely on a leap-of-faith necessity to get a great record back in print rather than a safe investment in a title, great or boring, that was guaranteed to move tons of units, then I’ll come over and poop a gold brick onto your standard poodle. Besides those This Heat reissues, which exemplify the Light In The Attic version of a “hard sell.” Optimism would have this second go-round of Deserter’s Songs as a fundraiser for reissues of Boces and Yerself Is Steam, but optimism really fucks me up sometimes.

Sockeye’s Unruly King And I “Reissued” By The Wonderfully Ballsy My Mind’s Eye Records
Although I certainly recognize many highly recognizable Sockeye songs on this thing, I don’t know what exactly it is a proper reissue of re: the band’s back catalog, but that doesn’t matter. What matters is that this is the “Notes” section for this release on its Discogs page: “Includes insert with liner notes from Food Fortunata and lyrics. A few songs are out of order on the back of the sleeve; also, a few songs listed do not appear on the release, while a few songs that are on the release don’t appear on the sleeve. Similarly, there are lyrics appearing in the insert for songs that don’t appear on the album.” And what also matters is that I can purchase 10 copies of this from the label, then sneak them into the racks at Urban Outfitters. Perhaps I’ll push it as a plant and hang out to verbally recommend classics like “Your Muff Has Tusks,” “Pizza With Ulysses S. Grant On It,” “Steve Albini Fucked Pac Man,” “Freaky Friday Tits,” “Beat Up Poop” and “Boy With Breast Implants” to anyone within shouting distance. Maybe I’ll even wear my homemade “Ask Me About What It Was Like Before The Internet” T-shirt.

Sandra Bell’s Dreams Of Falling Reissued By Straight To Video Records
I originally had this on CD back during the second OG Kiwi-explosion of the early-to-mid-’90s, but by the time I got it, general sub-genre/scene burnout was setting in mentally thanks to that boring Dadamah record and me really wanting to understand that Flies Inside The Sun album but ultimately having no fucking idea what was going on. So I revisited it by way of my brand-new vinyl reissue, and it turns out to be exactly what I think I remember the hype sticker claiming (“lost classic … ” or such). Courtesy of now-tiny-but-hopefully-not-for-long Columbus, Ohio, label Straight To Video that brought you the second Thomas Jefferson Slave Apartments full-length on vinyl for the first time last year. Get this.