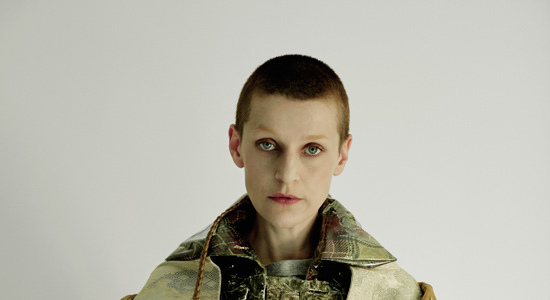 A visit to a musical instrument museum with her toddler son inspired El Perro del Mar’s Sarah Assbring to recalibrate her pop sensibilities and work on what would become KoKoro, her fifth (or sixth) album. (Her first LP, 2005’s Look! It’s El Perro del Mar, was revamped from its Swedish release into her self-titled U.S. debut in 2006.) It was a “please-touch” museum where they could play the instruments, and Assbring fell in love with the percussion used in Indonesian gamelan music, and with harps from Asia and Africa.

“Even though I was on a kind of maternal leave at the time and not consciously searching for something to work on, that visit kind of got me going and thinking that I should have instruments that I’m not used to,” she says while vacationing on Swedish island Fårö.

Her first records, with entrancing songs such as “Candy” and “God Knows (You’ve Got To Give To Get),” reimagined Phil Spector-ish girl-group melodies as ghostly, heartbroken pop. Home was Gothenburg, Sweden, the city of Jens Lekman, Sally Shapiro and José González, and she shared their sense of classical craft. On 2009’s Love Is Not Pop, she gently embraced the sounds of club pop, to joyful effect, and she toyed with trip-hop rhythms on 2012’s Pale Fire. Each of these efforts felt like its own self-contained world, built around Assbring’s delicate voice and incantatory choruses.

KoKoro is different. It looks outward, both musically and lyrically, to the world, and rather than a tender clinch, it’s a wholehearted bear hug of global pop sounds.

“I wanted to feel like I was starting afresh in every kind of way, but I knew that I was going to try to make a pop album in a way that had no borders,” says Assbring. “I had a kind of political vision that went along with the need to make something that felt new and fresh and positive in its statement.”

In order to search for new sounds, ones that she “did not have any referential history on,” she turned to YouTube.

“I started searching for gamelan music and then I went from there and didn’t follow any conscious line of going further,” she says. “I just clicked on whatever happened next. I found such amazing music. There is so much good music all around us in the world that is not in our Western knowledge or consciousness. I think it’s sad: Even though we’re living in a borderless, global world, we’re still missing out on so much good music.”

She listened to tunes from Thailand and Pakistan, Vietnam and Bali. Love may not be pop, but she found a lot of things that she heard as “pop” music. She fell in love with rhythms from Lebanon, harps from China, vocalists from Ethiopia, flutes from Japan. All of them became part of the palette for KoKoro. With the help of multi-instrumentalist Andreas Söderström (“He’s an absolute genius who can play anything”), Assbring sought to create her own brand of “borderless” pop, blending these non-Western instruments and harmonies into songs that scan as catchy to Western ears.

What, then, is her inclusive, global definition of pop music?

“When you listen to traditional folk music in any country, there is a primal catchiness, a heart-to-heart connection on a very personal level,” she says. “It doesn’t really matter what language you’re using or what words you’re saying. It crosses over any border and goes straight into the heart. That to me is pop. I’ve been thinking about that so much. So much of this album for me is exploring that exact question. It should be very direct, too. It’s so much about the rhythm, too, definitely. For me, when I write a song or I find a song that I love, it’s so much about the repetitive use of a rhythm or the repetitive use of a melody or a pattern, something that you can feel you could stay on forever on repeat. That’s something I feel I’ve stuck with since the beginnings of my first album.”

Lyrically, the LP is full of catchphrases—sometimes repeated as mantras—that are often reminders to be optimistic, but not complacent, in a troubled world:
“Look out there and don’t be scared.”
“Endless ways to better myself/Take this chance and make the best of myself.”
“We all start from the same very bottom.”
“Happiness, whatever it is, is not enough.”

And those perspectives go back, in part, to her relationship with her son. “Becoming a mother and putting a child into the world has changed me in so many ways,” says Assbring. “It’s changed me as a person and as a musician and the way I look at the world. Especially for this album, since it’s my first album after having my child, I’m thinking about what message I’m putting out into the world: If I want to speak about the world that we live in and the problems that we have, do I want to speak about it in a gloomy, stop-it kind of way, or do I want to feel like I gave something positive to the world?”