Entrance (a.k.a. Guy Blakeslee) just released the great Promises EP and is gearing up for a full-length early next year via Thrill Jockey. In the meantime, he’ll be guest editing magnetmagazine.com all week. Readers, you’re in for some really good stuff. 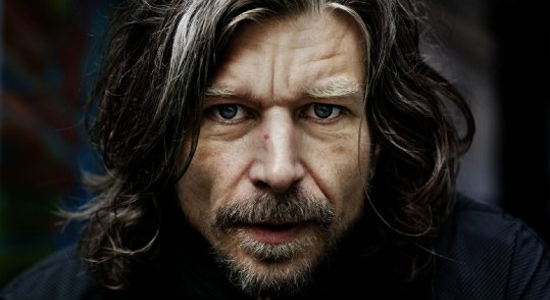 Blakeslee: I’m eager to get my hands on the forthcoming English translation of My Struggle Volume 6, the last installment in a series of autobiographical novels by Norwegian author Karl Ove Knausgård. I’ve devoured the first five volumes, in awe of the depth and detail of his writing and the raw honesty with which he offers up his life—from the tragic or momentous big events to the most mundane moments. These books have been very controversial, as some of his family members and loved ones have been public about their disapproval of how Karl Ove portrays them, and in a way the project calls into question the very definition of a novel, since it’s basically a stream-of-consciousness first-person narrative that purports to be true and thus doesn’t really count as “fiction.” But what interests me most is the way Karl Ove captures his own thinking–in ways that seem like an insight into what it means to have a human mind. I’ve never read anything else that slows down time in quite the same way, whether it’s true or not, it’s an amazing feat of writing and seems to be challenging the reader to pay more attention. I’m not sure if Karl Ove practices formal meditation, but all of his writing in these books has a meditative quality, as if he’s observing from a place of stillness even while in the midst of life’s big actions and events, and especially when there’s not much going on—his engagement with the present moment, his attention to the little details of how everything looks and feels and the spiderwebs of other thoughts and ideas that spiral off and return again—it’s all coming from a place of awareness of things beneath the surface.

In an interview, Karl Ove was asked if writing about his life was “therapeutic,” to which he replied: “It’s nothing like that to write, I think. To write is much more about becoming free of everything, becoming free of what you know. Regarding my father, I had this opinion of him, and I had to free myself from that opinion. You can do that in writing if you write about yourself—you know, these ecstatic moments when you are kind of selfless … Then, you are free, then you can write about everything … I wanted to get away from the conceptions of people in my life, of what really happened, and my understanding of my life. I had to get all that away, and to try to recreate it, but as chaotic as it really is.”

This quality is definitely transmitted to the reader of his books, the feeling of getting free, of embracing the chaos, of looking at things from a kind of psychedelic perspective, beyond the self. The dichotomy of being a writer, in a sense, is illustrated by these books—somehow to get inside of things, you have to get away from them, or to get away from things, you have to go inside of them. The freedom comes from facing things, and from choosing to pay attention.