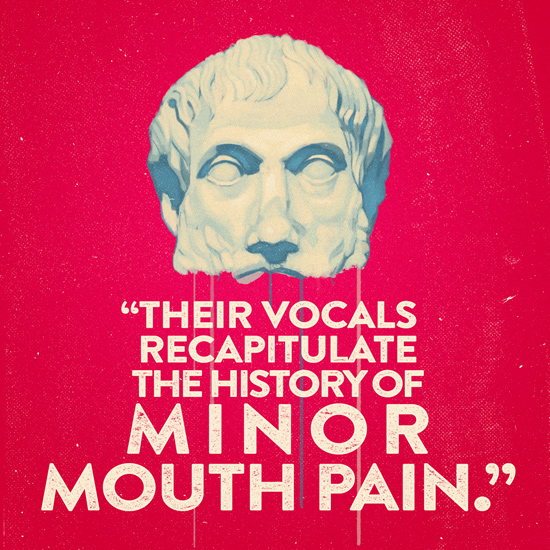 Let’s take a little break from the Vinyl Vigilante whatnot (the longest-running consecutive theme this column has ever tackled) for a quick dip into celebrating one of the greats as it applies to my own endeavor.

Bangs, Meltzer or Tosches were names thrown about as assumed influences when people first took notice, be it positive or negative, of my own music writing over the first five or so years. This makes complete sense, considering that the first “real” issue of my zine, The Cimarron Weekend, featured a spoof of Creem magazine’s Boy Howdy mascot, and a subsequent issue contained not only a piece about 1973’s (first and last) Annual Rock Writers Convention (written by Jim DeRogatis), but also then-unpublished writings by Lester Bangs (provided by the aforementioned Mr. DeRogatis, who had just seen his Bangs book published).

But these three heaviest of heavyweights (in this tiny world of ours) were not the names who sparked my desire to do this crap, nor did they go on to exact a profound influence on me as a music writer or my writing itself. Most of the writers in question (to be honored in future installments of Street Team) would hail from the specific zine subculture that gained steam in the early ’80s, continued to flourish throughout the ’90s, and with the exception of a few titles like Chunklet, Jessica Hopper’s Hit It Or Quit It and the anti-MRR biggie I cannot remember the name of (no, not Punk Planet!!!), fizzled out shortly after Y2K. There was, however, one writer who jumped out of old back issues of Creem to smack the shit out of me and my close colleague or two.

Rick Johnson was Lester Bangs’ planned successor at Creem and wrote for the storied mag from 1975 to 1988, with his profile peaking and slice-and-dice sharpest in the late ’70s and early ’80s. His handle at Creem was “Ranger Rick” or “Reek,” and he lapped Bangs 100 times over when it came to the mastery of humor, irreverence and critical punch. Prior and concurrent to his byline appearing in what was at one time the only music pub worth a shit, Johnson wrote for some regional (mostly Illinois-based) periodicals, plus Fusion magazine. Following his death at 56 in 2006, Johnson’s non-Creem work was compiled in the 2007 book, The Rick Johnson Reader: ‘Tin Cans, Squeems & Thudpies’, which remains available on Amazon for around $15. Then there is a hardback, coffee-table Creem illustrated history that appeared a few years back that gives Reek some real estate. Both are recommended; the former more so. Here are some amazing quotes that completely transcend the boundaries of time and the short shelf life of music/culture, therefore I felt it necessary to withhold the identity of the entity in Johnson’s crosshairs.

“They’re so damn pedestrian I’m surprised they don’t wear WALK/DON’T WALK signs around their necks. Catch ’em live sometime and you too can experience the emotions of a white line on pavement.”

“A rhythm section as heavy as a narcoleptic five-year-old tapping on a tenement banister with a chicken bone.”

“Have lately speeded up their un-partitioned mung heaps in a senseless effort to ‘get with it.’ Forget it, chumps, you were always at least 40 m.p.h. BEHIND IT and that’s why you were great. Since their material is the very epitome of a Grave Disservice, I’d go along with the guy on Flash Gordon who complained to the king of the Clay People, ‘I’m sick and tired of gettin’ pushed around by a bunch of mudpies.’”

“I think Paul Rodgers’ old band Free played the leading role in dead-ending the HM approach, with their slowed-down hay rotters that dribbled along like blood exiting the nose of an O.D.ing downer freak. BadCo seems intent on carrying on that tradition with all the imagination of a slipcover. Their latest LP, Desolation Angels, does show signs of life, but then so does my dead underwear pile.”

That one was obviously about Bad Company, and the following is clearly about Uriah Heep.

“Once a thundering pie plate full of swan-dive bass throbs and back-projected keyboards so cheesy that the Heep were named The Dairy Farmers’ Friend, this group has since been reduced to Ken Hensley’s plaything. I wish somebody’d get him some Colorforms or something before he breaks Rod Stewart’s record for most consecutive indistinguishable LPs.”

And this one isn’t a toughie:
“Is this now, or was it ever, an actual group? Ronnie M. has his hot dog in so many campfires you never know what to expect … I wish Mr. Montrose would either pick the crud out of his teeth or stop blocking the mirror.”

“Plagued by personnel shake-ups, untimely illnesses and a disturbing trend toward allowing saxophone players near their studio.”

“Makes Black Sabbath sound like nerf heavy metal. Great stuff, comparable to cleaning out a septic tank with a toothbrush.”

“Used up all their material on two fine early LPs and have been dragging Riff River ever since for new bodies.”

On Rush:
“Though originally labeled as the Canadian Led Zep (heaven forbid), Rush cranked out a couple goodies before they turned to mini-series about futuristic Alex Trebek types.”

On Van Halen:
“One of the very few promising new practitioners of slash and burn agriculture … The Netherlands-bred Van Halen brothers somehow managed to avoid the Dutch national character (twerpy-ness) and singer David Roth howls like he left something stuck in a dike as well.”

“Sometimes referred to as the poor man’s Blue Oyster Cult, these limeheads gun their acid tractors faster and louder, but with all the imagination of Naval Jelly. Casper the Friendly Ghost in leatherette.”

“Both their albums sound like they were recorded in a fire hydrant.”

“Their vocals recapitulate the history of minor mouth pain.”

“Some of their earlier stuff briefly filled the Led Zep gap, but their last couple of albums packed all the wallop of a wet tea bag. Excellent background music for looking over wallpaper samples.”

In the next installment of Street Team: Some great rock criticism that actually happened in the last 30 years!