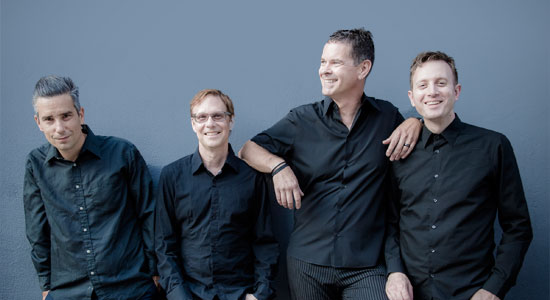 It may not be a mainstream signpost in the history of rock, but as Pansy Division bassist/vocalist Chris Freeman points out, before he and guitarist/vocalist Jon Ginoli formed the world’s first and most overtly gay power-pop/punk band in 1991, no one was out and proud.

“Not even Elton John. Wasn’t he married to Renate Blauel then?” he asks with a laugh. And while Freeman is humble about the band’s role in making musicians’ sexuality an afterthought, he pinpoints Pansy Division opening for Green Day on 1994’s Dookie tour as when closet doors started flying open.

“It’s interesting when you talk about changes,” he says. “It’s hard to pat ourselves on the back and say, ‘Look what we did,’ but when you look at the timeline, when we started, not one artist, even those known to be gay, was out of the closet. The whole culture shifted on that Green Day tour when we met Indigo Girls, Melissa Etheridge, k.d. lang, Michael Stipe and said to them, ‘You can come out now.’ I think we broke down the doors and proved you could do this. And not one of them suffered adverse consequences for coming out.”

No band has waved the rainbow flag more proudly than Pansy Division. From its origins and involvement in early-’90s Bay Area punk to becoming de facto leaders of the “homocore” movement, Freeman, Ginoli and a rotating cast of straight and gay drummers (the band is now rounded out by drummer Luis Illades and guitarist Joel Reader) never shied away from graphic depictions of queer, bi and questioning dudes getting sweaty with each other and a variety of apparati. But as acceptance of queer culture and community has grown and the band’s members find themselves in their 40s and 50s, the topics on new album Quite Contrary (their seventh and first since 2009) have also progressed. They haven’t scrimped on being proud of who they are, but those looking for the graphic depictions of man-on-man butt-slammin’, blow-jobbin’ and pole-strokin’ featured on past albums like Deflowered and Wish I’d Taken Pictures might find themselves disappointed at the contemplative nature of songs like “Work On It, Babe” and “Mistakes.” Hell, Ginoli even utters the L-word—not that one—on “Love Came Along.”

“We paid attention to our fans and took a good look at ourselves and what’s realistic for Pansy Division now,” says Ginoli. “At some point you have to ask, ‘Are we repeating ourselves? Are we adding to it? How many cock songs can there be?’ And honestly, writing songs about boys is not something 50-year-olds should be doing. We played a show in San Francisco a couple years ago, and Jello Biafra was there. He took us aside, told us he was ready for another album and what he wanted to see was commentary on what it’s like being 50 and being a gay man as things have changed. He thought that was more interesting than more retread, and when he said that, it was like, ‘You’re right!’ We’re in a very unique position, so let’s look around, see what we’re dealing with and what we can talk about. So, this new album was driven by us listening to our fans, ourselves and our boss!”