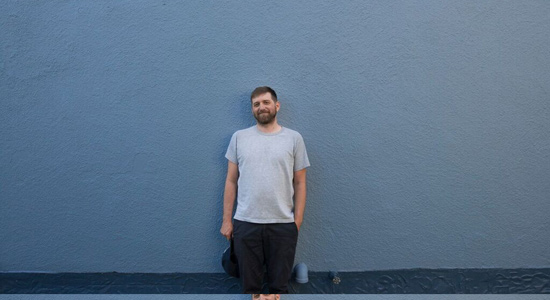 Refusal to capitulate to expectations is the mark of an artist, and John K. Samson has that designation down cold. He will stay holed up in his hometown of Winnipeg for years, growing his hair and beard until he looks like Catholic Jesus. He will not update his website in a timely manner. He’ll let his former band, the Weakerthans, wither and die on the vine. And he won’t issue an album of clever, melodic pop/punk just because you want him to. What he’s been cultivating instead is his second solo album, Winter Wheat, 15 mostly doleful songs featuring vocals slow-dancing around fingerpicked acoustic guitar. The songs are quiet and emotionally intense, and they unfold like a collection of short stories in which characters and themes recur and play off each other.

On one hand, it’s an album about a dying planet and late-period capitalism: “Vampire Alberta Blues” (a riff on Neil Young’s “Vampire Blues”) protests sucking oil from the land, and “Capital” tells of how bankers fleeced the citizens of “a one-bar Wi-Fi kind of town.” But it’s not all Bernie Sanders rally soundtrack—the most affecting songs here are finely detailed character portraits of struggling academics, drug addicts and other assorted losers trying to stay afloat and alive. At times, Samson is mining a similar vein to the Mountain Goats’ John Darnielle, inhabiting some dark psychic corners with laser-focused lyrics. Amid all this sad-bastardom, Samson’s notes of hope ring loud and true: “I believe in you and your PowerPoints,” he sings on “Postdoc Blues.” Who among us couldn’t be saved by a sentiment like that?

MAGNET recently caught up with Samson.

The majority of the Weakerthans appear on this album, so I assume the band’s breakup was somewhat amicable. How did that decision to disband happen, and how do you feel about letting that part of your career go?
We prefer “cryogenically frozen” to “broken up,” because no one ever really breaks up, it seems. It was a very slow and amicable process, so I was surprised that people were surprised. I took many of the songs along with me when I started playing solo shows four or five years ago, so I guess that gave me time to get used to the idea. I’ll definitely miss parts of it, but I’m happy to be working on a smaller scale.

You seem interested in the internet but you don’t participate in the social aspects of it: Twitter, etc. Why do you think some people find such solace and community online, while others just don’t connect that way at all?
Yeah, I’m definitely very interested in the internet, maybe obsessed. One of the themes that runs through this record is “delusional thinking” and how sometimes we need to figure out how to live with our delusions in order to survive. I think the internet is a kind of delusion—it can make some of us feel less alone, but it doesn’t actually make us less alone. In many cases feeling less alone and being less alone are the same thing. But for some of us the internet has the opposite effect—it makes us feel more alone, when in fact we are the same amount of alone as we ever were. I was thinking a lot about a book, The End Of Absence, by Michael Harris, while writing this record. Harris thinks that those of us who are among the last humans to know life both with and without the internet have a duty to preserve some valuable elements of that time—the joys of being lost, being separated by distance, meeting a loved one after a long absence, being bored, writing letters and so on. I do love the internet, but I’d be grateful for more skeptical thinking about it.

There is a kind of bravery in putting out an album like Winter Wheat: 15 songs, mostly acoustic, with semi-spoken-word things like “Quiz Night”—when you must be aware that there is a larger audience for an album of pop/punk anthems.
It was a relief to make something small and direct. It felt right. Maybe I never felt entirely comfortable being loud.

Three artists that I think–or have been told—influenced this album: Neil Young, John Prine, John Darnielle. Would you be able to pick a favorite or poignant song by each and say a sentence or two about it, either in relation to your work or just what you like about it?
Some of Winter Wheat was inspired by Neil Young’s record On The Beach, so I’m pretty deeply attached to those songs, but his soundtrack for the Jim Jarmusch film Dead Man had the biggest impact on me. I saw it in the theater when it came out in 1995, and the next morning I went to a music store here in Winnipeg and bought my first electric guitar. I hadn’t really thought of playing one before. I played electric bass and acoustic guitar, but it hadn’t crossed my mind that I could make interesting noises with an electric guitar. Dead Man made me think I could and made me want to try.

I love how John Prine animates the world. In the case of “Rocky Mountain Time,” he makes objects come alive and enlists them to play a song with him. It is a beautiful idea. He’s the master of starting a line somewhere and ending up way further ahead than you expected to be. Like you’ll hear, “The water tastes funny when you’re far from your home” and you think,”Yeah, that’s true,” and then he comes back with, “But it’s only the thirsty who hunger to roam,” and you go, “Whoa! Where’d that come from! And it rhymes, too!” It is like being shown a really good card trick. I also like that he lets you know the character might be an unreliable narrator, “I can’t even make friends with my brain,” but doesn’t hit you over the head with it.

I love John Darnielle’s entire body of work. The accretion of all his songs makes something beautiful and big and interconnected, and taken individually the songs are always surprising and smart. “Psalm 40:2,” for example, is a frightening and beautiful story, with enough room to let the listener wonder and wander a bit. I sing this one to myself often, I’m not sure why I find it so comforting, but I really do. I also adore the rhythm section on this song, so vibrant and propulsive and alive.

Last album’s “When I Write My Master’s Thesis” and this album’s “Postdoc Blues.” Did you go to college? I know you teach at one—what interests you about characters involved in academia?
I went to university for about six months when I was 18, failed wildly and dropped out, and I’m no longer teaching. It was an online program anyway, so I never really got a sense of what academic life is like. But many of my friends are academics, and I’ve always been interested in that world. There’s something beautiful about specialized knowledge and vernaculars. Almost all the academics I know are extremely thoughtful and caring, and I feel like the world would be a better place if some of them were given more attention in the wider culture. I think academics are often marginalized because their work is progressive and revolutionary. It is easy for the status quo to contain ideas within the academy, so they don’t leak out and threaten to actually change the world. And I think the academy itself often does the work of making sure that doesn’t happen. So I have a lot of sympathy for academics, for sure.

Who is Virtute’s owner? I used to think it was you, but this album hints that it is the character at the 17th St Treatment Centre.
I think of that character as an extremely exaggerated version of myself. For example, like the character, I am now sober and I do take antidepressants, but I’m also happily married, have never had to go to a treatment center and prefer dogs.

Which brings us to a theme in your work: rehabilitation and reconstruction of the spirit. I always get a sense of compassion from these songs, not voyeurism. What makes you predisposed to characterize addicts and fuckups and failed academics as sympathetic?
Thanks, I’m really glad to hear that. I think there’s something political about finding a way to have empathy for other people, especially people who have messed up, or are messed up. And that’s pretty much everybody, I guess. I love the people who can’t fit in, who can’t make their flaws pretty, and can’t disguise their struggles.

Is “Alpha Adept” the answer song to “Quiz Night At Looky Lou’s”?
Yeah, I felt bad about leaving that guy out there all alone at the end of “Quiz Night,” so I wanted to find a way for him to live and maybe even thrive with his delusions.

You have good taste in fiction and once recommended an excellent book to me (Miriam Toews’ A Complicated Kindness). What books or genres do you enjoy that are generally considered in bad taste? Celebrity tell-alls, books about zombies from Mars … what’s in your closet?
Isn’t that a great book? I often return to it. I wrote “Winter Wheat,” the title track, partly for Nomi, the main character in A Complicated Kindness. Toews’ latest novel, All My Puny Sorrows, is exceptional, if you are looking for another good read. I like sports biographies. Some of them are great. Andre Agassi’s Open is a good example—the first chapter is a ghost-writing master class. I re-read Jim Bouton’s classic Ball Four every other year or so. But most sports bios, like David Ortiz’s Big Papa: My Story Of Big Dreams And Big Hits aren’t exactly good. I read and love them anyway.

Last question: When you turned water into wine at the wedding in Cana, was it really saving the best for last, or was the previous wine just a crappy vintage? (Sorry. I just saw your new press photos. Forgive me!)
Ha! I’m way too old to be Jesus now. But I’m Way Too Old To Be Jesus Now might be a good title for my sports biography. Would you like to be the ghostwriter? Split the advance? You’d have to brush up on beer-league curling and fantasy baseball.