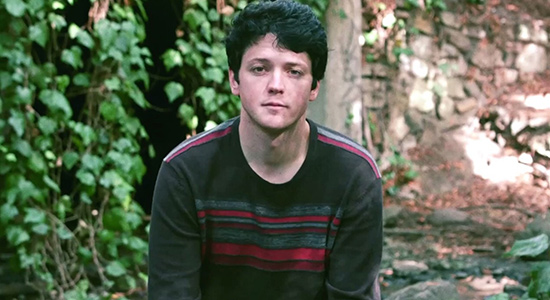 Known To Collapse will release Transport Paradise on January 20. The band has graciously lent us these mix-tape-building skills to hold us over until then. Ride out the rest of 2016 on this collection of songs, and be sure to read along below while you’re at it.

Broken Social Scene, “I Slept With Bonhomme At The CBC”
Kabir: Living in Toronto while I went to middle school, You Forgot It In People and (especially) the self-titled Broken Social Scene were extremely formative albums for me, sets of songs that harnessed chaos and seemed untied to genre whatsoever. Then I listened to this one. The dreamy opening sound bubbles up to the surface to reveals a sensual world of wonder I’ve never quite heard repeated in ambient music, and even less in indie rock. Though it’s based around loops and effected guitars and samples, this album is easily the most organic and natural BSS release. Put it on when you need to be soothed. Video

The Cure, “Pictures Of You”
Kabir: The Cure was a band I discovered in high school, which is a sentence probably a lot of bands writing things like this have written in the past. The depth and richness of Robert Smith’s vision is never as clear as it is on this song: The counterpoint guitar, synth and bass melodies around a heavy, syncopated kick pattern come together paint an impressionistic pop symphony. Smith’s lilting melodies, cinematic lyrics and the tortured sound of his voice pull you deeper into his unique and romantic world of loss and isolation. Video

My Bloody Valentine, “Nothing Much To Lose”
Kabir: People will tell you that Loveless is the best thing that My Bloody Valentine—or anyone—has ever put on a recording, and they probably wouldn’t be wrong. But the ethereality of their most famous release is tempered on debut LP Isn’t Anything with intense and dynamic musicianship. On this song, Kevin Shields and Co. use Frank Zappa-esque noise interludes that stand in for traditional pop hooks before launching into their nascent combination of growling bass, hair-raising feedback and sweetly sighing girl/guy vocals. Nothing quite like this jam to mesmerize an angsty teen thinking of lust and adventure. Video

Dinosaur Jr, “Tarpit”
Kabir: It’s just like J Mascis to give you one of the greatest guitar riffs of all time—and then forget it within the first 30 seconds to drop into the gnarliest proto-grunge on either side of the Mississippi. In 1987. J, Murph and Lou Barlow created a monolith out of hardcore punk, noise rock and the kindest, most fragile drawl since Neil Young himself. “Tarpit” just barely gets to its most plaintive vocal hook when a swirling eddy of white noise wraps the track and mummifies it, mirroring the depths of loneliness the narrator feels in the titular tarpit. Video

Yo La Tengo, “Damage”
Kevin: As one of my biggest influences, Yo La Tengo stretches many boundaries in music and you’ll always hear something different from each song with them. However, a few things are consistent throughout their music. Guitar tones, sounds, unique vocal singing/talking that Ira seems to effortlessly do. This one in particular is crafted to where the guitars and vocals can’t even be distinguished from each other—having extremely ethereal, lush reverb/spacy sounds that give it that dark, haunting feeling. This song meant a lot to me growing up. As I aspired to be a better guitar player and producer, I always looked to this song in order to help me craft my own tones. Video

David Bowie, “Aladdin Sane”
Kevin: Perhaps my most beloved artist. David Bowie was an amalgamation of everything that is original to me. He sounded, looked and even had the personality of no one we’ve ever even come close to meeting on this planet. In high school, back in 2003, my cousin gave me a best-of David Bowie CD for me to listen to. On that CD, “Aladdin Sane” was clearly the track that stuck out to me the most. I’ll never forget how mesmerized I was driving back and forth to school listening to this song and thinking of how something like this could be created. Video

Ween, “Tried And True”
Kevin: Frank Zappa, Bowie, Yo La Tengo … these artists all fall under a similar category whose genres can not even be defined. Ween was another artist who had a huge impact on my life. When I was growing up, my friend showed me Ween for the first time. We were at his parents’ house, and he put on the album The Mollusk, a more experimental, raw album. Immediately becoming a fan, I followed them until their 2003 release of Quebec. In my opinion their best album. Their songwriting was less experimental and silly but still had that “Ween flavor” of bizarre lyrics and sounds. “Tried And True” fit that perfect mold I was looking for of cool, spacey, weird, wild and in-your-face for the ripe age of being a rebellious teenager. Video