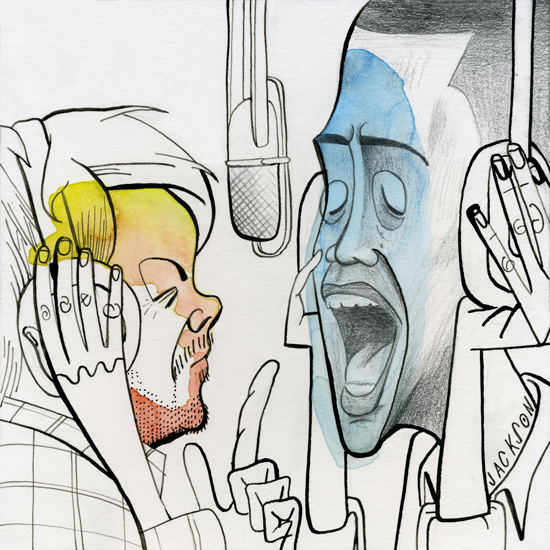 I don’t think I’ve ever been as ready to rip down a calendar as I have been this year. It wasn’t a great 2016 for me for personal reasons, to be honest with you, but it was much, much worse as a reasonably engaged citizen of the United States.

I just deleted four paragraphs of what was turning into a rant about the 2016 election. You’re welcome. There’s nothing to be gained by expending any more energy on that. It was awful. It’s over. Bring on 2017.

So we shall stick to our mission here: offering an uncannily accurate picture of what’s coming in the year ahead. We offer it confidently and cheerfully, even though we have to admit we totally blew last year’s predictions. I mean, I had Trump replacing Mick Jagger in the Rolling Stones, not becoming president of the United States. How naïve I was then!

I’ve learned a thing or two. There are distractions to avoid. So this year, I have my eyes on some very clear signs of the things to come.

On January 21, his first full day off in eight years, Barack Obama flies to Chicago to begin recording his first album with Wilco’s Jeff Tweedy as producer and musical arranger. The songs are described as “cool jazz meets trip hop” by an unnamed source. (Pat Sansone, probably.)

March
Bob Dylan wins the Oscar for best actress in a supporting role, even though he wasn’t in any movies and wasn’t nominated.

The Magnetic Fields play two shows in Boston as part of their 50 Song Memoir tour. The band plays 25 songs the first night and the other 25 the second night. Midway through the second show, a restless fan yells out a request for “Punk Love” from 69 Love Songs. Stephin Merritt pulls a pistol from his sportcoat and shoots the son of a bitch in the heart.

May
Jeff Tweedy and Will Sheff trade bands. Tweedy makes a new album with Okkervil River playing behind him. Sheff does the same with the rest of Wilco. When plans to tour together break down, neither album is ever released.

Are we still making Ryan Adams jokes in 2017? Apparently not.

Laura Jane Grace of Against Me! announces that she regrets the mistake she made with her body. No, not that. She deeply regrets that tattoo sleeve down her right arm. “There’s no way all that ink is good for anybody,” says Grace.

July
In the wee hours, rival Philly rockers break into Kurt Vile’s house and cut off his hair. A horrified Vile discovers that without his locks, he no longer has the ability to play guitar. On the plus side, he finds his lost car keys and $14.70 in change amid the clippings on his bedroom floor.

August
Bob Dylan is named the grand prize winner on America’s Got Talent, although he never actually appeared on the show.

The Rock & Roll Hall of Fame induction concert is hampered by the absence of inductees Bad Brains, Depeche Mode and Kraftwerk. On a positive note, Tupac does show up.

September
The 1990s revival hits full swing with the premiere of Too Punk For You, a sitcom starring Steve Albini and Stephen Malkmus as two guys in a van who drive from city to city canceling gigs because the venues aren’t punk enough. Danny DeVito costars as their driver and roadie.

October
In Stockholm, the Nobel Prize committee announces the 2017 winners, including Bill Nye The Science Guy for physics, Suze Orman for economics and Hugh Laurie for medicine.

Inspired by the success of the first Desert Trip music festival (a.k.a. Oldchella), organizers decide to push their luck by signing Chuck Berry to headline this year’s shows. Joining the nonagenarian Berry on the bill are Little Richard, Chubby Checker, Frankie Valli, Willie Nelson and John Mayer.

November
This November is much more pleasant and enjoyable than November 2016. Not sure why. The weather, maybe?

Another court order for Dweezil Zappa. This time, it’s from lawyers representing the Sinatra family. The order prohibits Zappa from using the name “Frank” to promote his concerts or to describe a particularly candid or direct work of art.

December
We made it through the first year of President Trump! It’s looking unlikely that Congress will ever approve funding for that stupid wall on the southern border. And who would have thought that Bernie Sanders, at his age, could personally filibuster for nearly 1,000 hours in just eight months. It was a shame when hurricane season resulted in 23,000 deaths in Florida this year, but hey, those fuckers handed the White House to a guy who doesn’t believe in climate change. Who knows? Maybe 2018 will produce a Democratic House and Senate and Bernie can take a few days off. Here’s hoping.