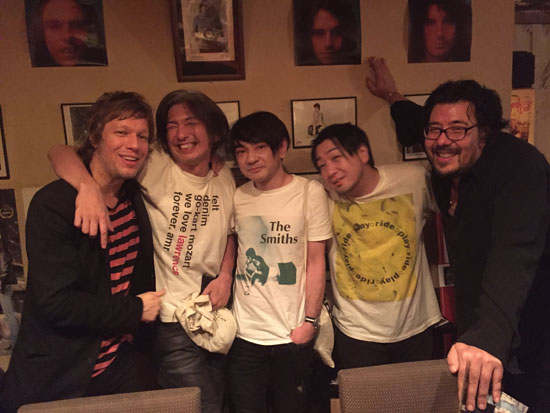 Falkner: I absolutely adore Japan and the culture of the Japanese people. I have some great friends in Japan including the Cornelius people, and so because of them, my experience in Tokyo is always so cool. Love the food and tiny bars (my fave is a whisky-only bar that seats four people!) I’ve also never had a better crowd at my shows than in Japan. It feels like your average person is a completist over there. Meaning they get everything by by their favorite artists. That’s astonishing because everywhere else those people (and I’m one of them) are generally drooling and jobless haha.