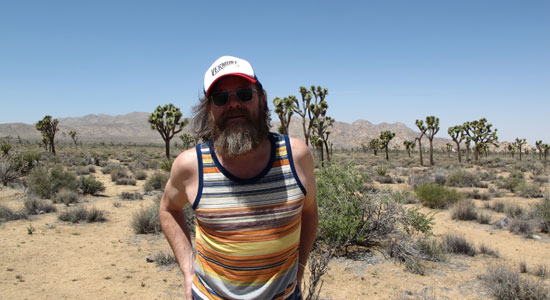 Anders Parker has worked in every conceivable context—Space Needle, Varnaline, Gob Iron with Jay Farrar, his broadly varied solo output—but some of his most potent statements come when his voice and acoustic guitar are presented alone in the naked glare of the studio. The Man Who Fell From Earth follows that blueprint with filigrees of electric guitar, cello and violin as Parker channels his inner Nick Drake and T Bone Burnett on a gorgeous set of emotional and passionate songs. Parker balances joy and melancholy with a juggler’s skill as he dives (“As The Stars Fell Down On Me,” the title track) and soars (“High Flying Bird,” “On Flying Hill”), simultaneously fixed on the road ahead (“Our New Blood,” “No Regrets, No Turning ‘Round, No Looking Back”) and the troubled path behind (“I Don’t Do That Anymore,” “Endless Blues”). Even as Parker documents the crashing of the heavens, he notes that “everyone is made of stars,” reiterating the reality that rebirth follows death and the greatest growth typically occurs after the greatest destruction. Just as typically, the scuffed beauty of Parker’s delivery elevates the proceedings, shining a soft, delicate light on his darkest messages.