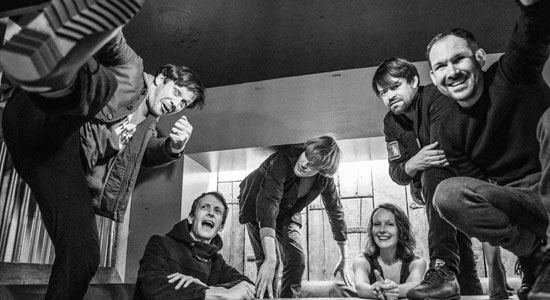 England’s British Sea Power has been cranking out anthemic alt-rock since the turn of the century with consistent if somewhat generic results. The band has become quite successful over time, making several solid albums and interesting film soundtracks as well as performing dynamic live shows along the way. The group enjoys a devoted following, one that’s eagerly supported this new, crowd-funded CD release. Ably led by the talented Wilkinson brothers, the band’s chiming guitar-based sound can be towering and ambitious or atmospheric and intimate. Let The Dancers Inherit The Party is slickly produced, dramatic and cohesive but still has the drawback of sounding derivative and overly familiar. Conjuring everyone from Simple Minds to New Order, the Psychedelic Furs and even Coldplay, the band’s undistinguished “Big Sky” sound doesn’t prevent British Sea Power from rocking out righteously. Standout tracks include “Bad Bohemian,” “Keep On Trying” and “Don’t Let The Sun Get In The Way.”