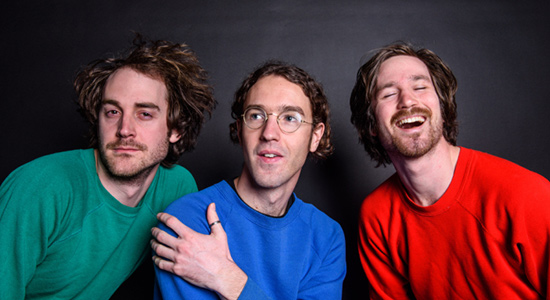 We’re pleased to be the first to bring you the new song by Seattle’s Tomten. “Cloud Man Calling” comes from the band’s upcoming record Cremation Songs, and it’s a gentle and effervescent tune that’s sure to get you on the hook for the album’s July 7 release. Says songwriter Brian Noyes-Watkins of the track, “I wrote ‘Cloud Man Calling’ after doing some music with my friend Shenadoah for this theater event called The Crystal Palace. It was a bizarre interactive tour through this old building in Seattle with different characters and winter-themed rooms. We had our synthesizers set up in this stairwell where we played little jingles wearing these stupid silver suits with our faces painted white. After the performance, I liked the idea of writing a song about Cloud Man–whatever he/it is, still a mystery to me.” Check out “Cloud Man Calling” below.