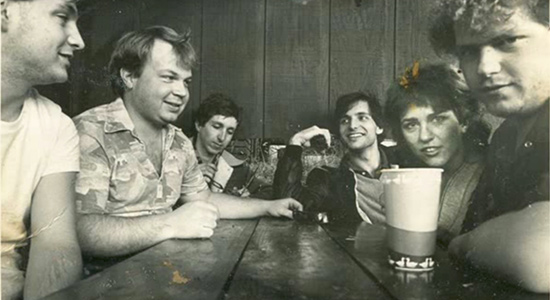 Morrow: The U.K. band Happyness turned me on to this band Club Gaga from Athens, Ga. How did I miss these guys? Well, maybe everyone did. Athens was the southern-most hub of the scene that considered Hoboken’s Maxwell’s the East Coast clubhouse. Athens did not disappoint as a musical mecca when my band the Individuals made it there in the early ‘80s. But we did not get to experience Club Gaga. This video of a street fair brings back that special Athens magic. In a town that gave us the B52’s, Pylon, R.E.M., Of Montreal and Neural Milk Hotel, you know the citizenry loves to dance! And Club Gaga is a singular band it’s hard to take one’s eyes and ears off of—almost like three different bands in one. They start rockin’ at 1:57.