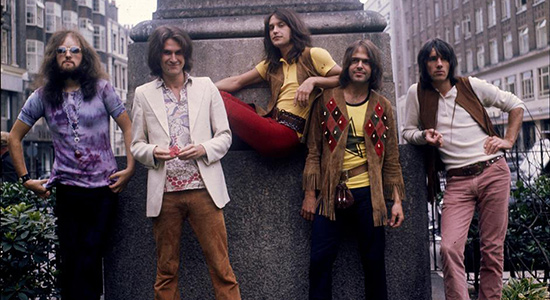 Morrow: One winter’s day when I was 15 years old I told my mom I was going out to make some money shoveling snow. Unbeknownst to her, I was actually jumping on a train to Florida with my friend C. All these years later I’m glad to be alive and grateful my own kids never pulled a stunt like that. On our last night there, we were hitchhiking back to Tampa to catch a train home and a van full of hippies picked us up. “You going to the concert?” they asked. Of course. We ended up in an old armory to see Dion, Fairport Convention and the Kinks. Fairport Convention no longer had Richard Thompson, Dion was working his folkie phase as a sensitive solo act, but the Kinks were a revelation. They came out in matching outfits and skinny ties and launched into a bunch of old classics. Then they came back in appropriate ’70s attire and launched into all manner of Kinkdom. I was a devoted Kinks fan from that point on. Through the miracle of Set List FM, I recently discovered they were playing Fort Homer Hesterly Armory, Tampa, Fla., on Feb. 25, 1972. Nobody remembers much about the songs they played that night, but if this show in Buffalo a few nights later was similar, it was quite a night. Needless to say I was grounded when I got home.